Cabinet agreed to further easing of restrictions from Monday.

There's optimism in the air at Government buildings with the Cabinet agreeing on Tuesday to proceed as planned with the further easing of a number of restrictions from Monday. This includes the reopening of facilities for outdoor sports, including golf and tennis, and outdoor visitor attractions including zoos and heritage sites. The number of people who are able to attend a funeral will increase to twenty-five, but the ban on all other gatherings will remain in place.

The news comes after several Ministers, including the Tánaiste, the Taoiseach and the Minister for Further and Higher Education, indicated in recent days that the reopening of social and economic life for May and June is on track. 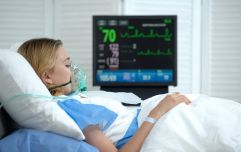 END_OF_DOCUMENT_TOKEN_TO_BE_REPLACED

According to The Irish Times, a source close to the discussions said politicians are aware that there is a growing unease among the public for the continuing lockdown as case numbers, hospitalisations and deaths continue to fall.

The Covid-19 situation in Ireland is improving slowly, just yesterday it was announced that maternity hospitals can now begin easing visiting restrictions. The clinical director of the HSE Women and Infant’s Health Programme, Dr Peter McKenna, said families and pregnant women have made “considerable sacrifices” during the pandemic. According to Dr McKenna, some maternity hospitals have slightly eased restrictions in recent days but there are still tight limits in place.

Meanwhile, publicans have also called for beer gardens to open across the country on 24 May, in line with those in Northern Ireland. The Licensed Vintners Association, which represents pubs in Dublin, yesterday launched a call to action on the 400th consecutive day of closure for wet pubs. It's encouraging Dublin publicans to contact their local politicians to ask that all pubs be allowed to reopen for outdoor service next month.

Final decisions on the easing of restrictions for May will be announced next week.

Girls With Goals || Her · Ep.161: Feeling Peachy - Sharon Keegan of Peachylean on being an absolute BOSS!
popular
8 Irish spa destinations we cannot wait to visit
The morning wellness routine I started last year that I now can't live without
The fashion world is OBSESSED with potato brown right now – and for good reason
Khloe Kardashian has JUST confirmed she is pregnant
Woman buys 148 year old house, goes viral after finding secret passage way
More footage of Tristan Thompson cheating on Khloe has emerged
Kate Middleton has addressed the rumours that she's pregnant with her fourth child
You may also like
6 days ago
The 5 emotional stages of going to the hairdressers after lockdown
1 week ago
Pregnant teachers and SNAs will continue to work from home for rest of school term
2 weeks ago
International travel moves closer after European Parliament votes in favour of introducing EU Covid-19 certificates
3 weeks ago
Hairdressers will be "prioritised" in reopening plan for May
3 weeks ago
Maternity hospitals can now begin to ease visitor restrictions says HSE director
1 month ago
Ireland "on track" to ease restrictions next month, says Varadkar
Next Page