The allegations came to light in the recent days when actress Ashley Judd accused the film producer of asking her to his hotel room, offering her a message, and asking her if she wanted to watch him shower.

Judd told the New York Times that she thought she was attending a "professional breakfast meeting."

Following this, the Weinstein Company board of directors announced that they were dismissing Weinstein “in light of new information about misconduct." 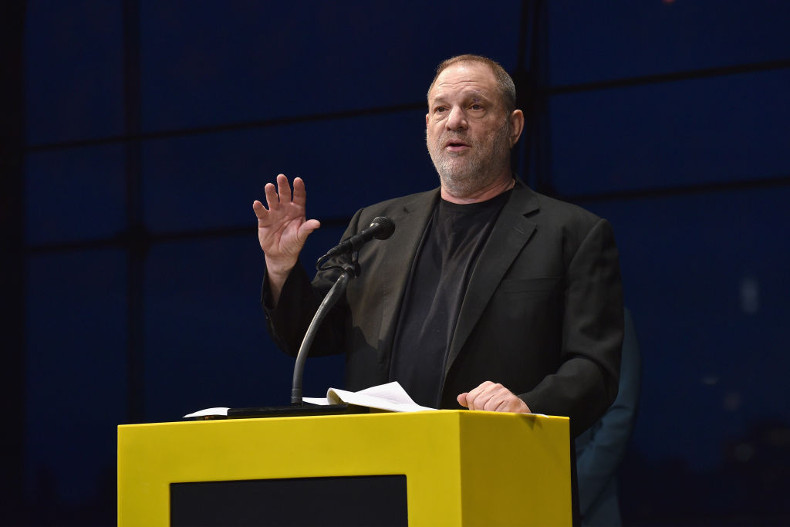 In a statement, they said:

Before the Times ran their article, Weinstein told them that he was taking a leave of absence.

He also said that he was seeing a therapist to deal with the issue "head on."

“I appreciate the way I’ve behaved with colleagues in the past has caused a lot of pain, and I sincerely apologize for it.

"Though I’m trying to do better, I know I have a long way to go.”

popular
Vicky Phelan says she wants to pass away in holiday home "for the kids' sake"
Scotland international rugby star Siobhan Cattigan tragically dies, aged 26
Stacey Solomon mortified after walking around shop in see through leggings
Meabh Feerick passes away after sharing that she felt "let down" by Irish healthcare system
Norma Foley addresses concerns over schools staying closed in January
You can now get Terry's Chocolate Orange mayonnaise
Why Are Men so Obsessed With Boobs? The Answer is Pretty Surprising...
You may also like
4 months ago
Harvey Weinstein is being handed over to Californian authorities for extradition
5 months ago
Carey Mulligan and Zoe Kazan to star in film about Weinstein scandal
1 year ago
#Covid-19: Harvey Weinstein tests positive for Covid-19
1 year ago
Harvey Weinstein has been sentenced to 23 years in prison
1 year ago
'Be a lady they said' made waves yesterday, at the exact moment it should have
1 year ago
Harvey Weinstein found guilty of criminal sexual act in the first degree and rape in the third degree
Next Page