Minister for Justice Helen McEntee has thanked her followers for the support she's received following the birth of her son.

The Fine Gael TD expressed her gratitude with a photo on social media. 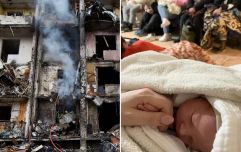 END_OF_DOCUMENT_TOKEN_TO_BE_REPLACED

McEntee tagged her partner, Paul Hickey, and said that she wanted to offer a "massive thanks for all the congratulations and nice wishes on the arrival of baby Michael Shane Hickey."

The Meath East TD wrote: "He was determined not to give his mammy any time off, arriving over two weeks early, but we're home now and doing great, so we couldn't ask for more."

The Justice Minister made history last week as the first Cabinet member to take maternity leave and give birth while in office.

McEntee previously spoke about how important it is to see women in politics being able to take maternity leave and return to their post. 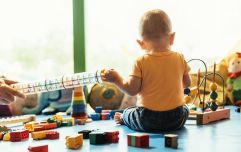 END_OF_DOCUMENT_TOKEN_TO_BE_REPLACED

Last week, the TD said that she hopes other politicians will follow in her footsteps:

"What I hope to see in the future is that this won’t just apply to me but that other ministers, TDs, senators, councilors, will be able to avail of maternity leave. This is very much a sticking plaster, it's not a long-term measure."

Earlier this year, Taosieach Micheál Martin spoke about the need for reform in maternity and paternity leave policy for members of the government.

"We want to make sure that having a family is in no way in conflict with pursuing a career in public life," he said.

popular
Dublin Airport in "shambles" after weekend of chaos
Why Are Men so Obsessed With Boobs? The Answer is Pretty Surprising...
3 simple but effective ways to prep your skin for the summer
Coleen Rooney shares "suspicious" DM she received from Rebekah Vardy before Wagatha Christie
Doctor Strange actress Zara Phythian receives 8 years for child sexual abuse
Opinion: Why is everyone obsessed with Alexa Demie's age?
Here's what happens on every day of your menstrual cycle (roughly)
You may also like
1 week ago
Kylie Jenner gives first glimpse of new son in Met Gala vlog
3 weeks ago
Irish influencer Claudine Kehoe welcomes her first child
1 month ago
Kylie Jenner felt "rushed" and still hasn't settled on son's name
1 month ago
Glee actor Darren Criss welcomes first child with wife Mia
1 month ago
Cardi B shares first pictures of her seven month old son and finally tells us his name
1 month ago
Stylist Courtney Smith welcomes second child
Next Page