Michaella McCollum's release from prison is on everyone's lips this week.

It is clear that there is a huge public appetite for her story, so much so that she could be set to make a six-figure sum from a book and movie deal, according to celebrity agent Sonia Harris.

Michaella was released from jail on Friday, almost three years after she was imprisoned for possession of smuggled cocaine. 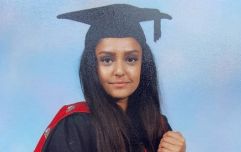 END_OF_DOCUMENT_TOKEN_TO_BE_REPLACED

The Tyrone native, now aged 23, was arrested with her companion Melissa Reid at Lima airport after almost 11 kilos of cocaine, worth an estimated €2 million, was found in their luggage.

Her RTÉ interview was the subject of much debate, but it looks like we will be seeing a lot more of her.

According to The Independent, Sonia Harris reckons she could easily make €100,000 from book rights and follow-up promotional interviews.

She said: "It depends where she sells the story, whether it's in the UK or Ireland, but you're easily looking at a six-figure sum for a book deal and all the fall-out afterwards in terms of interviews," she said.

"There is a huge interest in the UK in the story.

"When you looked at the Twitter feed, a lot of UK media organisations were following the story on RTE and that's a huge market over there."

However, Sonia recommends that any profit should be fed back into a drugs rehabilitation programme or a charity.

She continued: "I wouldn't want to see her popping up on something like Loose Women flogging her book. She does have a story to tell and she has told it in her own voice and there's no harm in that.

"She does still have a right to redeem herself now that she has served her time, but she should put any money she makes to good use.

"I would hate to see her profiteering from fame arising from her involvement in a criminal enterprise."

Much like many viewers, Harris felt the interviewer featured in the RTÉ coverage could have taken a tougher line:

"She did do a soft interview and she would probably have benefited from answering a few hard questions.

"That would have been better for her in the long run as she will still have to face those hard questions from the media at some stage."

popular
Miracle baby on the way for bride whose partner died on wedding day
Someone has ranked the penis size of men from all over the world
Johnny Depp confirms he will be back as Grindelwald in Fantastic Beasts 3
Here's the average age people lose their virginity around the world
Gwen Stefani reportedly pregnant with baby number four
Here's what happens on every day of your menstrual cycle (roughly)
Why Are Men so Obsessed With Boobs? The Answer is Pretty Surprising...
You may also like
2 days ago
These are the restrictions being lifted today
2 days ago
Body found in search for missing YouTuber Gabby Petito
5 days ago
Mother charged with murder of three children in New Zealand
5 days ago
Two people die in separate road collisions in Meath and Donegal
6 days ago
Waterford man jailed for six months for sexual abuse of niece
6 days ago
Irish man jailed for 27 years is "world's largest facilitator of child abuse imagery"
Next Page