Home ownership rates in Ireland are the lowest in 46 years

Home ownership rates in Ireland have hit their lowest levels in 46 years.

The levels are lowest in urban areas, where just 59.2 per cent of homes are occupied by the person who owns them. 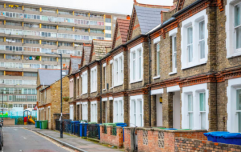 Housing prices are still rising, but they seem to be slowing down slightly

END_OF_DOCUMENT_TOKEN_TO_BE_REPLACED

This would put the number of rental properties at over 40 per cent in our towns and cities. These figures come from the CSO’s Housing in Ireland report, published today.

The report was compiled from the results of last year’s census.

Unsurprisingly, Dublin was the highest growth area for rent.

Rents in the city increased by almost 30 per cent since the previous census in 2011.

Earlier this year, Daft.ie reported that the cost of renting in Dublin was up 8.7 per cent on the previous year.

Girls With Goals || Her · Ep.161: Feeling Peachy - Sharon Keegan of Peachylean on being an absolute BOSS!
popular
Emilia Clarke is set to be the next Marvel superhero
Jennifer Lopez and Ben Affleck just became Instagram official
The sad reason why viral gymnast, Katelyn Ohashi, isn't on the USA Olympic team
Here's what happens on every day of your menstrual cycle (roughly)
Love Island's Dr Alex marks one year anniversary of brother's passing
How to INSTANTLY unblock your stuffy nose (we swear this works)
Sunburned? Eating these 5 foods will help your skin heal from within
You may also like
1 year ago
An IKEA sofa was turned into a couch of dreams and you can do it yourself for €250
1 year ago
Houses with the number 13 really are €4,700 cheaper in Ireland
1 year ago
Seven out of 10 renters in Ireland don't believe they'll EVER be able to afford to buy a home
1 year ago
IKEA designer says this is the brand's best EVER product
2 years ago
People who live in detached houses are less stressed than those who don't, study finds
2 years ago
This little Wicklow house is for sale and looks totally different on the inside
Next Page