He will retire from the position earlier than planned to avail of his remaining annual leave.

HSE General Director Tony O'Brien has announced that he will be stepping down from his role at the beginning of July.

It was initially stated that he would step down at the end of July, but he will now leave four weeks earlier due to untaken annual leave days, as was revealed on The Week In Politics.

Minister of State @jimdalytd confirms that HSE Director General Tony O'Brien will retire at the start of July and that a new HSE board will be in place in the New Year #twip pic.twitter.com/Fioqm0nUk7

Tony O'Brien has held the position since 2013, and earlier this week at the Oireachtas Health Committee, he announced that he intended to use the remainder of his time with the organisation to focus on the cervical cancer issue.

During the same episode of the show, one of the guests was Sinn Féin Health Spokesperson Louise O'Reilly, who spoke primarily about the upcoming Eighth Referendum, but had the following to say about Tony O'Brien's intention to step down earlier than had been planned: 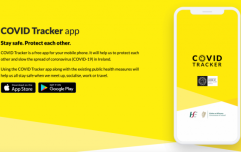 END_OF_DOCUMENT_TOKEN_TO_BE_REPLACED

"I do find it absolutely outrageous that he is going early, so that he can avail of his annual leave - having come into the Committee to tell us he is going to dedicate himself to ensure justice is found for the victims of yet another HSE scandal."

Louise O'Reilly also spoke at length about her position on the referendum:

‘Women have died as a result of the Eighth Amendment’ - Sinn Féin’s @loreillysf #twip #8ref pic.twitter.com/llVkGhoqQU

popular
Two women survive 15 hours in the water in Galway Bay
This no bake 'Chocolate Refrigerator Cake' recipe has us drooling
Irish influencer Lisa Jordan reveals her little boy's name and it's so cute
7 skin care wonders: beauty products I just can't live without in my 30s
Want a snatched nose? These contouring hacks are making waves online and they're pretty simple!
Power ponytails and perfect messy buns! Here's some TikTok hair hacks to try at home
This 'Mississippi Mud Pie' recipe is a must-try for chocolate cake fans
You may also like
1 week ago
"We need to rewire our brains to change how we think about periods"
2 weeks ago
Periods aren't offensive, pretending they don't exist is
2 weeks ago
'Tampons and tea' advert banned in Ireland following 84 complaints
3 weeks ago
Follow-up to powerful documentary on Covid battle in St. James’ Hospital to air on RTÉ tonight
3 weeks ago
Two thirds of Irish nurses recovering from Covid-19 still experiencing fatigue
3 weeks ago
Mask up: 5 seriously stylish face masks to order now (because they will sell out)
Next Page