It's been a strange week.

I genuinely believed seeing the baby who thought everything was a hand sanitising station would be the low point of my week, then this story pops up. In Wales, an illegal hair salon has been shut down after a police raid in which, bizarrely, a host of women attempted an escape through a back-alley fire escape.

The shampoo was literally flying.

END_OF_DOCUMENT_TOKEN_TO_BE_REPLACED

We know this is no laughing matter, and a genuine assault on the efforts of frontline workers and those battling the COVID-19 virus, so we're happy to report that the owner of Euphoria Tanning Hair and Beauty, and several customers, have been fined for breaching restrictions. 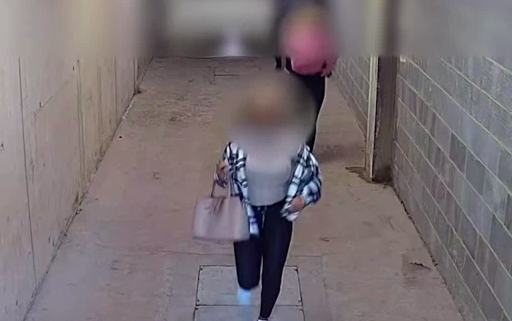 According to Metro, passers-by reported that the salon in Cwmbran, Wales was open and operating despite the current UK government restrictions. Officers attended the scene and reportedly had to break in after repeated requests to gain entry were denied. The owner of the business landed a £1,000 fine, three customers were also fined, and efforts are now underway to identify those who literally legged it out the back of the salon mid-treatment.

Up to eight people were captured on CCTV making their getaway attempt. Speaking about the incident, a local councillor from the area Mandy Owen says it's extremely "disappointing" to see this go on and that the vast majority of businesses have put measures in place to comply with the regulations. We all know how hard it is for small businesses at the moment, in particular for those who have had to close their doors. Ms. Owens said that those inside the salon knew they were breaking the law and putting themselves, others, and the NHS at risk, she added that this was not the first time this business has been targeted by police:

I'm speculating now, but with the fines handed down, I'd venture a guess that these highlights were certainly on the more expensive side, and these customers may think twice before heading for a T-bar anytime soon.

popular
Tributes paid to Limerick based blogger and model Patrick McLoughney
Lidl closing early this weekend to thank staff for hard work
This TikTok hack shows you how to pack more despite baggage allowance
Simon Harris gives three urgent options for easing restrictions next week
Another Strictly star has pulled out of the live show
This is how much 91-year-old Queen Elizabeth drinks every day
Not going anywhere: Baby names set to stay popular for the next decade
You may also like
3 days ago
Thailand will re-open to some vaxxed tourists next month
4 days ago
Doctors urge pregnant women to get vaccinated after rise in ICU admissions
1 week ago
Did you get 'Covid toes?' Research shows new side effect of virus
1 week ago
Australia to stay closed to international tourists until 2022
1 week ago
Schools could open on weekends in UK to help kids catch up after Covid closures
1 week ago
New Zealand abandons 'zero Covid' strategy
Next Page