Tragic model and presenter Reeva Steenkamp told her then boyfriend Oscar Pistorius she was afraid of him less than three weeks before he killed her, the judge in his murder trial heard yesterday.

South African beauty Steenkamp told the sportsman in a long message read out in court on Monday that he picked on her "incessantly" and that she was scared of how he would "snap" at her. 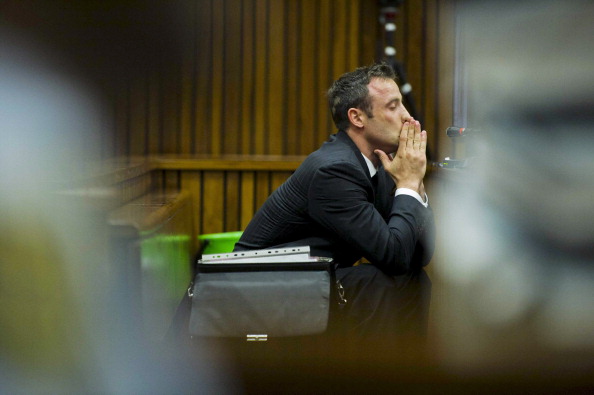 END_OF_DOCUMENT_TOKEN_TO_BE_REPLACED

Police Captain Francois Moller downloaded the messages, sent via WhatsApp, from Steenkamp's iPhone, and told the court that 90 per cent of the chats between the two were "normal" and "loving".

Pistorius has pleaded not guilty to murder, claiming that he fired four shots through a closed door on February 14th 2013 as he thought there was an intruder in his house. 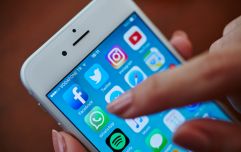 END_OF_DOCUMENT_TOKEN_TO_BE_REPLACED

I'm not 100% sure why I'm sitting down to type you a message first but perhaps it says a lot about what's going on here. Today was one of my best friend's engagements and I wanted to stay longer I was enjoying myself but it's over now. You have picked on me incessantly since you got back from CT and I understand that you are sick but it's nasty. Yesterday wasn't nice for either of us but we managed to pull through and communicate well enough to show our care for each other is greater than the drama that attacked us. I was not flirting with anyone today. I feel sick that you suggested that and that you made a scene at the table and made us leave early. I'm terribly disappointed in how the day ended and how you left me. We are living in a double standard relationship where you can be mad about how I deal with stuff when you are very quick to act cold and offish when you're unhappy. Every 5 seconds I hear how you dated another chick. You really have dated a lot of people yet you get upset if I mention ONE funny story with a long term boyfriend. I do everything to make you happy and to not say anything to rock the boat with u. You do everything to throw tantrums in front of people. I have been upset by you for 2 days now. I'm so upset I left Darren's party early. SO upset. I can't get that day back. I'm scared of you sometimes and how u snap at me and of how you will react to me. You make me happy 90% of the time and I think we are amazing together but I am not some other bitch you may know trying to kill your vibe. I am the girl who let go with u even when I was scared out of my mind to. I'm the girl who fell in love with u and wanted to tell u this weekend. But I'm also the girl that gets sidestepped when you are in a s**t mood. When I feel you think u have me so why try anymore. I get snapped at and told my accents and voices are annoying. I touch your neck to show u I care and you tell me to stop. Stop chewing gum. Do this don't do that. You don't want to hear stuff cut me off. Your endorsements your reputation your impression of someone innocent blown out of proportion and f***ed up a special day for me. I'm sorry if you truly felt I was hitting on my friend Sams husband and I'm sorry that u think that little of me. From the outside I think it looks like we are a struggle and maybe that's what we are. I just want to love and be loved. Be happy and make someone SO happy. Maybe we can't do that for each other. Cos right now I know u aren't happy and I am certainly very unhappy and sad.

It was announced on Sunday that the trial, which was originally scheduled to last until March 20th, will now continue until mid-May.

popular
Airport outfits are all the rage as we head abroad - here are the 4 best ones
Gemma Owen gets to know Jack Keating as her head turns on tonight's Love Island
Penneys has a perfect dupe for Charlotte Tilbury's Flawless Filter foundation
So it seems Ekin-Su once competed as Miss Ireland before Love Island fame
A 'hangover pill' has just gone on sale in the UK - and they ship to Ireland
WATCH: The moment dad attacks 3-year-old son's suspected murderer in court
Love Island's Gemma finally tells villa about dad Michael Owen on TV
You may also like
8 months ago
WhatsApp to stop working on over 50 phone models today
8 months ago
Bride asks guests to pay per slice of cake eaten at wedding
8 months ago
9 of the best memes from when Instagram and WhatsApp were down
2 years ago
WhatsApp to stop working on millions of phones as of today
2 years ago
The handy WhatsApp hack that lets you read texts without blue-ticking the sender
2 years ago
Bad news! WhatsApp will stop working on certain phones from TOMORROW
Next Page