'Industry-standard...' mytaxi defends the introduction of a €2 booking charge

Social media was alight on Wednesday evening - with some customers of mytaxi bemoaning the addition of a €2 booking fee.

The charge comes into effect on Thursday, September 21.

However, the taxi hailing app - which rebranded from Hailo in March - has robustly defended its policy-change.

"The €2 booking fee is an industry-standard fee charged by all taxi providers in Ireland," it said in an email on Wednesday morning.

MyTaxi, an app meant to mirror on street is adding a booking fee to mirror radio cabs...like can we undo the merger & get Hailo back?

"In the past, we've asked mytaxi drivers to discount this fee for our customers. From Thursday the 21st of September 2017, to align with taxi industry standards, we’re no longer requesting that drivers discount the €2 booking fee."

The company was active on Twitter throughout Wednesday - furthermore highlighting that the booking charge will remain at the discretion of drivers.

Disgraceful move by @mytaxi_ie to slap €2 charge on every booking from Sunday. #bringbackHailo 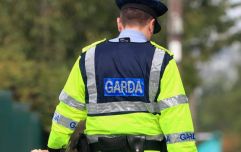 END_OF_DOCUMENT_TOKEN_TO_BE_REPLACED

Indeed, in response to consumer expert Sinead Ryan's tweet criticising the move, one taxi driver - who admitted he was "surprised" by the company's decision - stated: "It's up to the drivers Sinead. I won't be putting the extras on. Even though i can in legislation."

Meanwhile, many individuals queried whether mytaxi customers would be able to select only drivers who did not include the €2 fee on the final fare.

Hi Gerard - while we've advised drivers they no longer have to discount it, it is at their discretion whether they choose to.

Hailo was founded in London in 2011 arrived in Ireland in 2012. Mytaxi is a German company that is currently based in Hamburg.

popular
You can now get paid to watch every episode of Grey's Anatomy
POLL: Vote now to see which side you're on in this Irish head-to-head battle
Love Island: You need to see Millie's dad's Instagram
Love Island fans spot Millie and Liam doing same weird gesture in bed
Love Island: Kaz's family issue statement after "vulgar racist abuse"
The islanders are in for a cinematic treat full of their own drama tonight
18-year-old TikTok star Timbo the Redneck dies after stunt goes wrong
You may also like
2 years ago
Mytaxi has announced that it's changing its name... again
2 years ago
42 percent of MyTaxi drivers have assisted a woman in labour
3 years ago
Women share horrible stories about getting taxis home alone at night
3 years ago
Here’s what you need to know as taxi fares in Ireland increase from today
3 years ago
Bus and taxi BAN expected to come into effect on College Green soon
3 years ago
This app will come in so handy if you stuck for cash on a night out
Next Page