The Cork TD shared how she was left "absolutely terrified" after a stalker showed up at her home.

Social Democrats TD Holly Cairns has spoken about her experience with a stalker, and the level of abuse women in politics receive.

Speaking on Virgin Media TV's The Groupchat, Cairns told Richard Chambers, Zara King and Gavan Reilly that if she had known what was coming her way, she might not have gotten into politics in the first place.

END_OF_DOCUMENT_TOKEN_TO_BE_REPLACED

Cairns also spoke about her experience with a stalker, which left her "absolutely terrified". She shared how after the stalker showed up at her home multiple times, she had to install CCTV.

"It changed for me," she said. "It felt then that every message I got was somebody who could potentially turn up to my house, and then it really changed how I behaved in every single thing I did then." 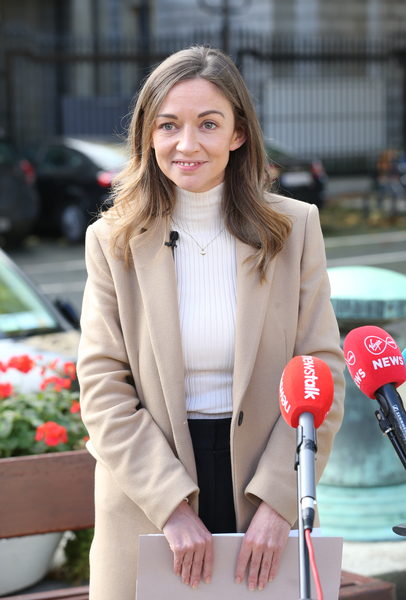 END_OF_DOCUMENT_TOKEN_TO_BE_REPLACED

As the stalking got "worse and worse over time", Cairns was told by the Gardaí that she shouldn't run a constituency office for safety reasons as it would make her whereabouts known to her stalker.

She said: "It interferes with your job to the extent that you can't do the same things as your constituency colleagues - it impacts you every step of the way."

Season 3 of  The Group Chat airs at 11pm on Wednesday nights on Virgin Media Two and is available to download on all major podcast platforms on Thursday morning.