A joint statement was issued.

Leinster Rugby and the IRFU have issued a joint apology to both Connacht and Ulster after facing major controversy following a women's inter-pros last weekend.

Videos did the rounds on social media of the Connacht squad getting changed for their game against Ulster last Saturday at the Energia Park in a dressing room surrounded in rubbish and a wheelie bin.

The video that went viral reads: "Wow great job getting changed beside the dump. Don't mind the rats."

The video caused uproar online, with Irish rugby fans appalled by the conditions the Connacht players were forced to change in.

Just got sent this

Absolutely disgusting and disgraceful that the Connacht women had to get changed with the rats for the #WomensInterpros today
I've walked lyrical about this tournament but to see this I'm horrified
I'm lost for words at this
Equally Saddened & infuriated pic.twitter.com/Wh1cvBQbdg 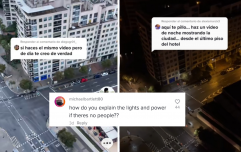 END_OF_DOCUMENT_TOKEN_TO_BE_REPLACED

Questions were then being asked of the union and Leinster as many watched in utter disgust and anger.

As the inter-pros are now making their return, the disheartening treatment of players led to a joint statement by the two being released on Twitter.

It read: "Irish Rugby and Leinster Rugby would like to apologise to players, management and representatives of Connacht Rugby and Ulster Rugby and are sorry for the inconvenience caused by an unacceptable error in relation to the positioning of temporary changing facilities.

"Due to current government guidelines, changing facilities are not available for amateur rugby teams. These temporary facilities should have been set up in a more appropriate area.

🔵 | @IrishRugby and #LeinsterRugby would like to apologise to players, management and representatives of @connachtrugby and @UlsterRugby and are sorry for the inconvenience caused by an unacceptable error in relation to the positioning of temporary changing facilities. (1/3) 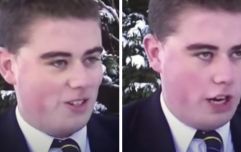 END_OF_DOCUMENT_TOKEN_TO_BE_REPLACED

"The IRFU and Leinster Rugby are extremely sorry for the inconvenience to the teams and the upset this unacceptable error has caused."

Connacht has since issued their own statement following the apology, stating: "Connacht Rugby acknowledges and welcomes the apology issued to our women’s squad and management for the changing facilities provided at last night’s (Saturday) fixture at Energia Park.

"Connacht Rugby along with the IRFU are proud of the strides we have made with women’s rugby, and the increased backing and support we have given our players, coaches and volunteers.

"TG4′s live coverage of the Connacht women’s fixtures was also a very welcome development – the benefits of which will be clear to see in both the short and long-term future.

"Finally, we’d like to thank this year’s playing squad and management for their incredible commitment since their first training session many months ago.

"They have represented the province with pride and we look forward to seeing continued development of women’s rugby in Connacht at all levels."

popular
Adam Collard responds to claims he cheated on Paige Thorne
Woman who 'fell off' rollercoaster ride is identified
Ellie Simmonds targeted by online abuse following Strictly debut
Corrie actress Lucy Fallon pregnant after miscarriage heartache
Netflix's true crime series Sins of our Mother is seriously insane
So, William and Harry have a step sister... and who knew?
Alec and Hilaria Baldwin welcome their seventh child
You may also like
7 months ago
This TikTok is giving away all of McDonald's secrets
10 months ago
This Biscoff apple crumble is something you need to try this weekend
11 months ago
Best man's hilarious comment picked in TikTok up as newlyweds have their first dance
11 months ago
Man shows women how to defend themselves while wearing acrylics
1 year ago
Woman horrified when man texts her after overhearing her say her number
1 year ago
Viral TikTok reveals what the Travelodge logo actually is and people are shook
Next Page