Courthouse dogs are commonly used in America to assist children through the difficult process.

An Irish charity that provides support to children and families affected by sexual abuse is seeking to employ a courthouse dog to help children in criminal court cases.

Children At Risk in Ireland (CARI) has partnered with Dogs for the Disabled, and is hoping to fundraise €130,000 to train a courthouse dog as part of a two-year research project. 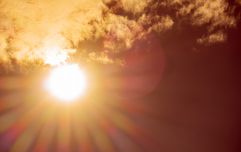 END_OF_DOCUMENT_TOKEN_TO_BE_REPLACED

The Irish courts service is said to be fully cooperative with CARI's plan to introduce one courthouse dog in Ireland.

She said that once funding is secured, Dogs For The Disabled has agreed to "specifically and specially train a dog".

She also said that exposure to dogs is proven to have a "significant impact" on the stress levels of humans.

END_OF_DOCUMENT_TOKEN_TO_BE_REPLACED

"Anybody who works with children will know that you can't work with them in isolation. Wherever there is a child, there is also the child's support network, which is often the child's family, and they bring with them their own anxieties."

popular
Dami explains why he was "angry" during the Love Island reunion
Jacques O'Neill addresses Paige and Adam's relationship on Instagram
Why Are Men so Obsessed With Boobs? The Answer is Pretty Surprising...
John Travolta pays moving tribute to Olivia Newton-John
Barry Keoghan announces the name of his baby boy
Emmerdale actor Sam Gannon dies aged 31
Someone has ranked the penis size of men from all over the world
You may also like
1 week ago
George Clooney is planning an Irish holiday this year
2 weeks ago
5 amazing city breaks that are perfect for a last-minute trip this summer
1 month ago
No, news presenters aren't trying to seduce us with their stances
1 month ago
Sunny weather set to return tomorrow with highs of 23 degrees
1 month ago
Is the Lonely Planet article about Dublin accurate? A Dubliner responds
1 month ago
Irish pharmacies to provide safe space to help victims of domestic violence
Next Page