The British Government has decided to ban conversion therapy for gay and bisexual people but has excluded transgender people.

Conversion therapy is the pseudoscientific practice of attempting to change a person's sexuality or gender identity, it is often abusive, has no basis in medical science, and has been deemed detrimental to people's wellbeing by many health professionals.

Trans Equality Together is an Irish coalition group made up of organisations in Ireland that are working to protect trans people.

END_OF_DOCUMENT_TOKEN_TO_BE_REPLACED

They have said; "Conversion therapy is a discredited, dangerous and unethical practice with long-lasting psychological impacts.

"Research shows that trans people are more likely to endure this practice that has no place in the modern world."

Boris Johnson's government has decided to ban the practice for gay and bisexual people in both England and Wales. Just hours before the Government had said they were dropping plans for a ban on conversion therapy.

However, the Government has failed to protect trans people in this ban and has confirmed that conversion therapy for gender identity will not be outlawed. 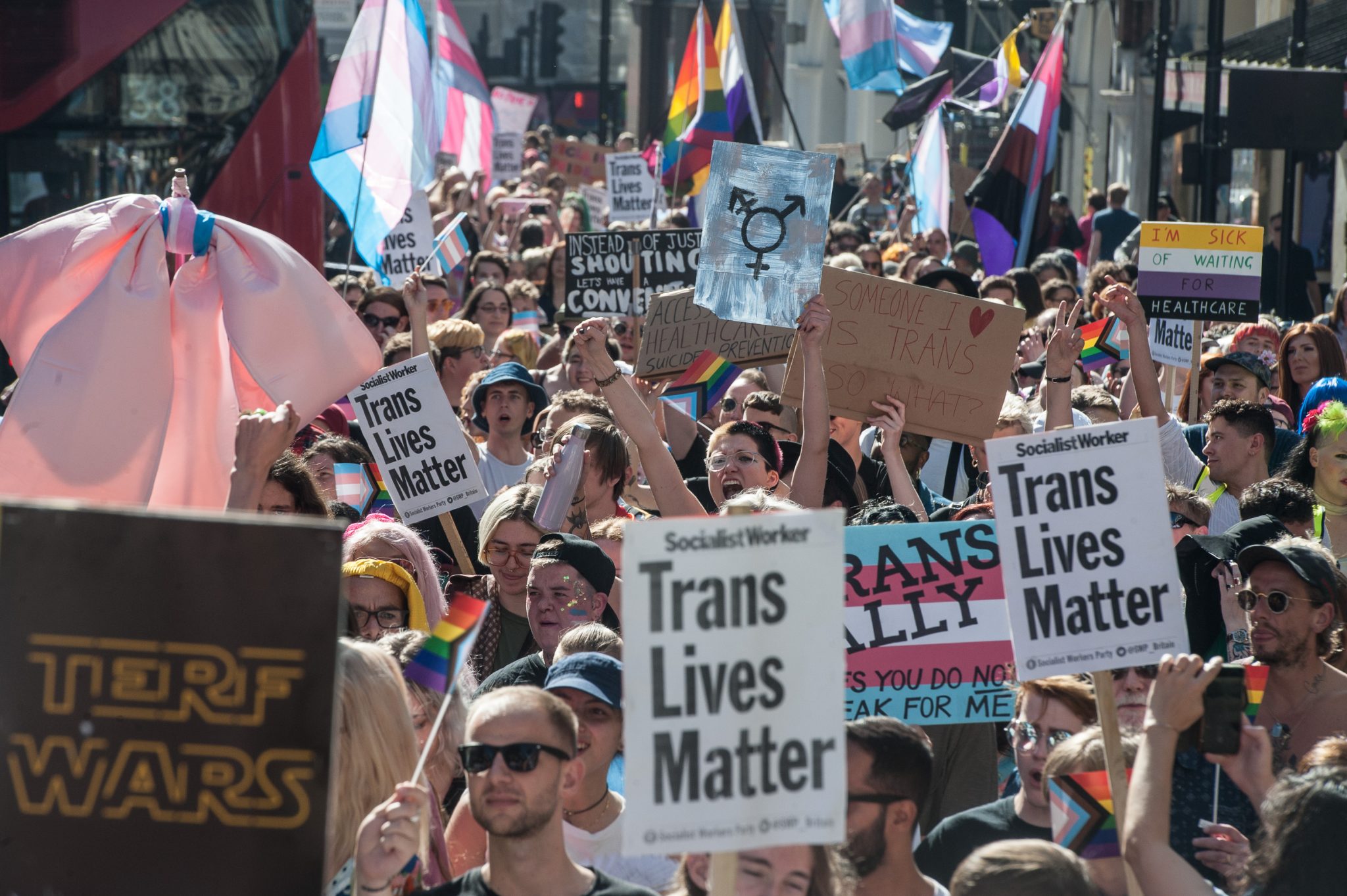 END_OF_DOCUMENT_TOKEN_TO_BE_REPLACED

The decision has been met with much backlash both in the UK and here in Ireland. The UK was set to have its first international LGBTQ+ conference, and in a mass protest over 100 organisations have pulled out.

A statement from the organisations now not attending stated the main reason as, “broken promise on protecting trans people from the harms of Conversion Therapy.”

The Welsh Government have called the lack of protection for trans people "unacceptable" and has said that they will be seeking legal advice on how their country can ban conversion therapy in all its forms.

END_OF_DOCUMENT_TOKEN_TO_BE_REPLACED

The opposition government also condemned the decision, Labour MP Nadia Whittome said, "LGB comes with the T, and the Tories are not on our side."

Boris Johnson has defended his decision and also went on to share transphobic views about trans women in sports and changing rooms.

The Irish Government are currently conducting research into conversion therapy practices here in order to draft legislation banning it this year.

In 2021 The Gay Health Network called on the Government to speed up this process;

“We are gravely concerned at the stalling of progress on this matter, and at the continued delay by Government on the enactment of the legislation, on the basis that research is needed," they said.

The Psychological Society of Ireland which is the professional body for psychology in Ireland also made a statement in 2019 on conversion therapy stating that it "has no place in any modern society that values and respects the sexual orientation of all in our society.

"To even call it “therapy” is an affront to the work we do as Psychologists."

A decision like this in the UK has international implications and trans people around the world are affected by large governments refusing to show solidarity with them.

Trans Equality Together has come out against the decision and said; "A ban on conversion practices that excludes trans people is not a ban."

"This abusive practice cannot be deemed harmful for some individuals and not for others," they said.

The coalition continues to work with Irish legislators on introducing legislation in Ireland that bans conversion therapy for all.

popular
Irish girls name was the most used Irish name in the United States last year
Ofcom receives 75 complaints over Jacques' treatment of Ekin-Su
Love Island: Danica sets her sights on Andrew as Luca asks Jacques about his relationship with Gemma
Prince William shouts at photographer who was "stalking" his family
Michael Owen hilariously responds to Love Island's heart rate challenge
Another of Gemma Owen's family could be headed for a reality show
Victoria Beckham recalls moment she was weighed on live TV
You may also like
4 days ago
Oslo Pride events cancelled after two killed in Norway shooting
4 days ago
Disney and Netflix among US companies announcing they'll cover employees abortion travel costs
5 days ago
US Supreme Court overturns Roe v Wade abortion rights
5 days ago
First gun control bill in decades passed after multiple mass shootings in US
5 days ago
Met Eireann gives update on weather warnings this weekend
6 days ago
Brian Laundrie's parents could stand trial as civil lawsuit begins
Next Page