It all seemed to start off innocently enough...

Donald Trump would be meeting other world leaders at the G20 summit in Hamburg to discuss worldwide economic and financial stability, y'know, big and important topics like that. Basically the reason leaders of these countries are voted into power.

Donald's daughter Ivanka was also in attendance, as was documented here:

Ivanka was primarily there to advocate the launch of the G20 Women Entrepreneurship Fund and the finance initiative behind it that would be providing the funding for the programme.

Ivanka Trump, unelected, unqualified, daughter-in-chief, is representing the US at the G20 summit next to May, Xi, Merkel. Photo @LanaLukash pic.twitter.com/fvs0EMy8z7

Yep, that would appear be Ivanka Trump sitting between UK Prime Minister Theresa May and Chinese President Xi Jinping, taking part in talks about the future of the world as we know it.

It is reported that President Trump had to step out to take part is some bilateral meetings, but that wasn't a good enough excuse for people who really weren't super jazzed about the idea of a completely, as they put it, unelected and unqualified person representing them.

This is utterly bizarre, if true: Ivanka Trump sitting in on G20 working group in place of her dad. https://t.co/pM6IuAsGAI

July 8: Seated with global leaders as an equal at the G20 summit. https://t.co/PLMz5fRUD1

Ivanka Trump replaces her father at the #G20 summit. Oddly, I don't recall anyone having elected her into office... ? https://t.co/VJM42s0Exc

They say a picture is worth a thousand words. Here's a whole treatise on nepotism. #Trump #G20 https://t.co/5Pjx3UVwMb

The President of the #USA is meant to be in these talks, not one of his family. This undermines US credibility & insults global leaders #G20 https://t.co/FH4hqi8vSq 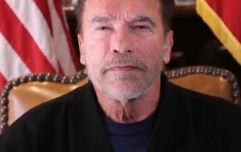 END_OF_DOCUMENT_TOKEN_TO_BE_REPLACED

There is no report of Ivanka actually being any more involved than on any other "Bring Your Child To Work Day" might be, but even her presence at the top table is enough to have evoked a stern reaction.

We'll be keeping a close eye on Donald's twitter feed to see how he feels about the whole thing.

popular
Actress Regina King pays tribute to her son as he dies suddenly
Lisa Fallon praised as she opens up about terrifying ordeal on Late Late
FBI reveal that Brian Laundrie is responsible for Gabby Petito's death as they discover notebook
A documentary about two Irish boys who skipped school to go to New York is coming soon
Ben Foden explains why he called Rachel Stevens "sexiest woman alive"
And Just Like That... episode 8: Nobody saw this one coming
These are the top baby names for 2022
You may also like
1 year ago
Joe Exotic has limo waiting as he expects presidential pardon from Donald Trump
1 year ago
Macaulay Culkin calls for Donald Trump cameo to be removed from Home Alone 2
1 year ago
Two photos of Capitol building 1,448 days apart encapsulate horror of Trump presidency
1 year ago
Donald Trump banned from Facebook, Twitter and Instagram
1 year ago
Sir David Attenborough "punched the air" when Donald Trump lost the presidential election
1 year ago
Donald Trump named 'Loser of the Year' by German news magazine
Next Page