Who is Jessica Krug? A white professor admits she's been posing as a black woman

A few years back the world was shocked when the story of Rachel Dolezal broke. Rachel, also known as Nkechi Amare Diallo, is a white woman who had been identifying as black and deceiving people about her heritage for years. As well as being a college professor and activist, she was a former National Association for the Advancement of Coloured People (NAACP) chapter president.

Well, buckle up... because it's happened again.

Jessica Krug, a white woman from Kansas, has been posing as a black woman for her entire professional career and has written a blog post admitting it fully.

Although Jessica wasn't caught out in quite the dramatic fashion (who can forget the live TV footage of Rachel being confronted) no, Jessica's admissions come in the form of a Medium blog post, self-authored amidst an apparent urge to come clean. In her post, Jessica admits to 'eschewing' her lived experience with an identity she had no right to claim;

"To an escalating degree over my adult life, I have eschewed my lived experience as a white Jewish child in suburban Kansas City under various assumed identities within a Blackness that I had no right to claim: first North African Blackness, then US rooted Blackness, then Caribbean rooted Bronx Blackness."

In terms of reasoning as to why someone would do something like this, Jessica points to mental health issues in the piece;

"To say that I clearly have been battling some unaddressed mental health demons for my entire life, as both an adult and child, is obvious. Mental health issues likely explain why I assumed a false identity initially, as a youth, and why I continued and developed it for so long; the mental health professionals from whom I have been so belatedly seeking help assure me that this is a common response to some of the severe trauma that marked my early childhood and teen years." 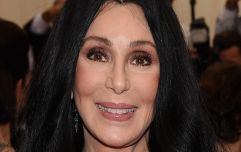 END_OF_DOCUMENT_TOKEN_TO_BE_REPLACED

So who is Jessica Krug?

It seems her life eerily mirrors that of Rachel Dolezal's, her description matches the biography of an African studies professor at George Washington University. An investigation at the University is now underway and according to The New York Times Jessica will not be returning to take her classes in the fall. As well as her academic work, Krug is also a celebrated author, her book 'Fugitive Modernities', examines slave-trade resistance and was a finalist for the Harriet Tubman prize in 2019.

popular
Yellow rainfall weather warning issued for seven counties
Aldi is selling a €20 coffee machine that's designed to "Brew and Go"
'Beard-baiting' is now apparently a dating trend - and we're all for it
Kate Middleton has addressed the rumours that she's pregnant with her fourth child
Here's what happens on every day of your menstrual cycle (roughly)
QUIZ: How well do you really remember the first episode of Sabrina The Teenage Witch?
A new €1.3 million stargazing experience opens in Co. Tyrone next month
You may also like
5 years ago
Controversial Race Activist Rachel Dolezal is Reportedly Expecting Her Third Child
5 years ago
Kelly Osbourne Branded Hypocrite for Instagram Snap
1 week ago
Netflix's Cheer star Jerry Harris arrested on child sex images charge
1 week ago
Covid-19: Dublin likely to move to Level 3 restrictions before this weekend
1 week ago
Sweden, Germany and others to be added to travel "Green List"
1 week ago
Living with Covid: Here's what levels 1-5 mean for social gatherings, wet pubs, and weddings
Next Page