RTÉ confirmed the news on Thursday.

RTÉ has announced that Joanne Cantwell will anchor The Sunday Game Live following Michael Lyster's retirement at the end of the 2018 GAA Championship.

It was confirmed earlier this week that Michael Lyster was leaving the flagship GAA programme after 34 years at the helm.

An accomplished presenter across a number of sports, former Dublin footballer Cantwell joined RTÉ in 2007 as a reporter on The Sunday Game Live and has worked across numerous RTÉ Sport programmes on television and radio over the last 11 years.

"I'm passionate about our national games and having joined RTÉ as a sideline reporter on The Sunday Game Live 11 years ago, I'm delighted to take up the anchor position on such an iconic show.

“Michael Lyster is a true broadcasting legend whom I've always greatly admired. He has held the fort for the past 34 years in his own inimitable style.

“I'm really looking forward to taking over the reins in 2019, in the meantime, I also look forward to my continued roles on RTÉ Radio 1's Saturday Sport and as a reporter on The Sunday Game for what looks like a really exciting season.” 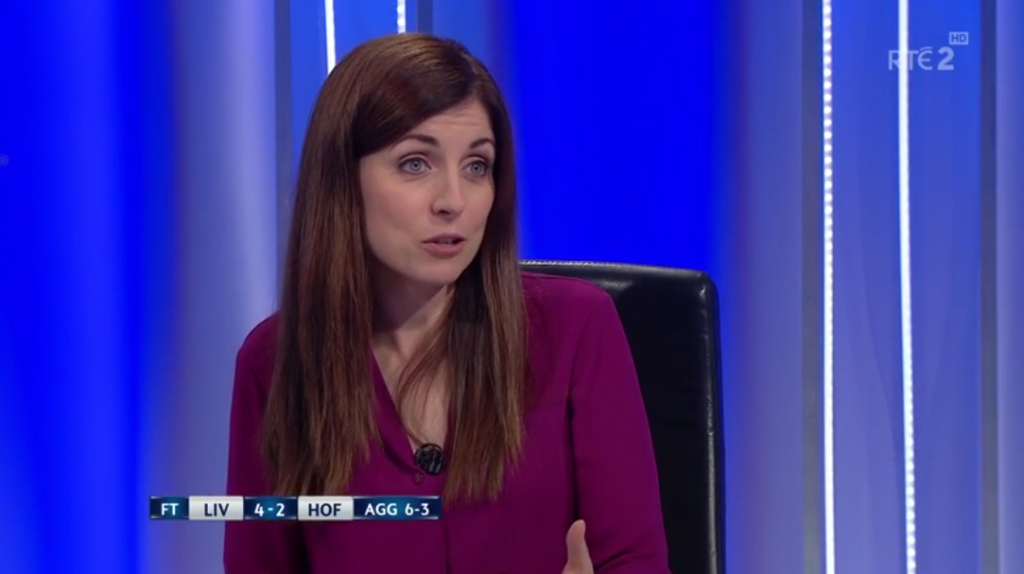 “As an experienced and accomplished broadcaster, Joanne has a proven track record across a portfolio of our output as a presenter, reporter and journalist.

“Her work across the Olympic Games, Saturday Game Live, Against The Head, numerous awards shows and of course her lead role on Saturday Sport on RTÉ Radio 1 has been ideal preparation for her elevation to this position. I have no doubt that Joanne will do an outstanding job when she takes over next year.”

popular
H&M to close 170 stores this year due to dropping sales
Glossier: A first-time buyers guide to this cult beauty brand
Casper Walsh from Versatile got engaged this weekend, and the ring is INSANE
5 reasons why Limerick is an ideal staycation destination this summer
Boojum are now delivering pre-prepared meals that you can cook in your own home
Christmas FM returns tomorrow, July 9... No, really
QUIZ: How well do you remember The Princess Diaries?
You may also like
1 week ago
CONFIRMED: Ozark to return for an expanded fourth and final season
2 weeks ago
QUIZ: How well do you remember the very first episode of The O.C.?
1 month ago
Carole Baskin handed control of Joe Exotic’s zoo in Oklahoma following court case
1 month ago
PERSONALITY QUIZ: Which Normal People character are you?
1 month ago
'It's just reminded me how rich Sally's books are': Normal People producers on adapting Conversations With Friends during lockdown
1 month ago
'That’s the most honest answer': Skeet Ulrich reveals why he is leaving Riverdale
Next Page