Kate Spade's dad has died, one day before his daughter's funeral

"He had been in failing health of late and was heartbroken over the recent death of his beloved daughter. He was at home and surrounded by family at the time of his passing."

The iconic designer had battled with mental illness for a number of years.

"In honour of our company founder, Kate Spade, our foundation is donating over $1 million to suicide prevention and mental health awareness causes, starting with $250,000 to the @crisistextline." 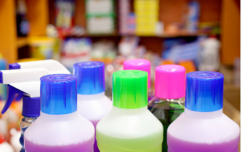 END_OF_DOCUMENT_TOKEN_TO_BE_REPLACED

If the details of this article affected you in any way, you can contact Samaritans on:

popular
Tributes paid to Limerick based blogger and model Patrick McLoughney
This TikTok hack shows you how to pack more despite baggage allowance
Lidl closing early this weekend to thank staff for hard work
This is how much 91-year-old Queen Elizabeth drinks every day
Simon Harris gives three urgent options for easing restrictions next week
Not going anywhere: Baby names set to stay popular for the next decade
Another Strictly star has pulled out of the live show
You may also like
1 year ago
The NBA, my dad and me: What I learned on my first father-daughter trip
1 year ago
Nicky Byrne pays a heartfelt tribute to his father on tenth anniversary
2 years ago
'About to become a father': Prince Harry latest speech has tugged on our heart strings
3 years ago
Ireland's most influential dads have been revealed
3 years ago
Men with these names are most likely to become dads in 2018
4 years ago
This letter from an Irish dad to his daughter on her 16th birthday contains some very sound advice
Next Page