Pressure is mounting on the European Commissioner for Trade, Phil Hogan, concerning his involvement in Golfgate and his previous movements with respect to public health guidelines. The Taoiseach, Micheál Martin, was visiting a national school in Dublin earlier this afternoon and addressed the scandal when pressed by reporters at the site.

There's been wide-spread outrage to the event, which was attended by 80+ people just 24 hours after the government announced new restrictions limiting at-home gatherings to six people and in-door gatherings to 50 people. 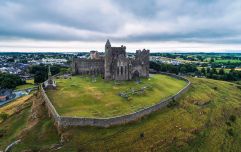 END_OF_DOCUMENT_TOKEN_TO_BE_REPLACED

Speaking at St.Fiachra's National School in Beaumont, The Taoiseach said that Phil Hogan has damaged the public health approach in this country, "In the context of attending the dinner, in the context of the various other breaches I think he's undermined the whole approach to public health guidelines, on behalf of the people we had to let our anger be known to the Commissioner in respect to the breaches, that was important ".

Despite this condemnation, Micheál Martin stopped short of calling for Hogan's resignation adding that, "The President has a legal framework within which to operate because there's been precedent in the past and difficulties in terms of the issues around removing commissioners".

"I think he's undermined the whole approach to public health in Ireland."

Taoiseach stops short of calling for Hogan to resign but says breaches of health guidelines are clear to see.

Last night, Phil Hogan released a  statement explaining his recent behaviour, claiming that he has adhered to Covid-19 guidelines at all times. He also released a full timeline of his movements which can be seen below:

The European Commission have received a report from Phil Hogan and the President, Ursula Von Der Leyen, is reportedly assessing it carefully before any decisions on his future are made.

Girls With Goals || Her · Ep.153: Scholarship Squad - We chat to Facebook's Claire O'Hara about our Smurfit Scholarship fund.
popular
Dad designs bikini line for transgender teens
Where are they now? The men of Sex & The City
REVIEW: 'Pilgrim Hill' - A Lonely Life in Rural Ireland
Someone has ranked the penis size of men from all over the world
Award winning Irish film about conversion therapy debuting this weekend
WATCH: The trailer for the Free Britney documentary is here
Here's what happens on every day of your menstrual cycle (roughly)
You may also like
4 weeks ago
Here's all the best movies on TV this Christmas Eve
1 month ago
Fitbit composed a symphony based on data around the stress of 2020 and it's so fascinating!
1 month ago
"The Irish like nothing more than complaining about depictions of themselves" - Jon Hamm on Wild Mountain Thyme controversy
2 months ago
This is when you should put up your Christmas tree in 2020 - and it actually is November
3 months ago
7 gazebos from €40 to €12,000 for your outdoors entertaining
3 months ago
Win a unique Eminence Organic Skincare Facial and 3 products worth over €350
Next Page