The artist and activist began making the flags in the 70's during the height of the gay rights movement in San Francisco.

Aids and gay rights activist Cleve Jones, a long time friend of Baker, made the announcement via twitter;

My dearest friend in the world is gone. Gilbert Baker gave the world the Rainbow Flag; he gave me forty years of love and friendship. pic.twitter.com/titd3XZ0zD

END_OF_DOCUMENT_TOKEN_TO_BE_REPLACED

Gilbert Baker was originally from Kansas, and while serving in the army in the 70's he was stationed in San Francisco.

He got involved with the gay rights movement and began designing and making the iconic flags, many times at the request of his good friend Harvey Milk, who would later be assassinated for his involvement.

The openly gay artist initially designed an eight-colour flag in 1978 for the city's gay freedom day, the precursor to the modern pride parade.

No details have yet been made available on the cause of Baker’s death, according to the San Francisco Chronicle he died in his sleep at his home in New York City. 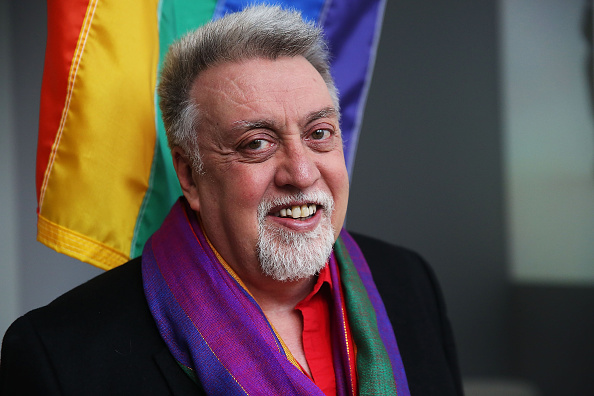 Cleve Jones also tweeted a picture of Baker and Barack Obama and asked friends and supporters to come together to mourn this loss,

Girls With Goals || Her · Ep.161: Feeling Peachy - Sharon Keegan of Peachylean on being an absolute BOSS!
popular
The DIY frozen coffee recipe that's so delicious you'll never pay for an iced latte again
5 best road trips to do in Ireland this summer
Here's what happens on every day of your menstrual cycle (roughly)
Author Lucinda Riley's family announces she has died aged 56 after 'secret' cancer battle
How to INSTANTLY unblock your stuffy nose (we swear this works)
Eight Of The Best Films And Documentaries On 9/11
So are we dating?... 10 signs it's time to define your relationship
You may also like
1 week ago
Man who upskirted woman on Luas given suspended sentence
1 week ago
Lidl Ireland to offer 3 days compassionate leave for pregnancy loss
1 week ago
Airbnb to continue offering free accommodation to domestic violence survivors
1 week ago
Vicky Phelan shares news that treatment is "doing its job" ahead of return home
2 weeks ago
Warning issued as Met Éireann records temperatures of 23 degrees yesterday
2 weeks ago
Pregnant woman and unborn baby die after being hit by car in UK
Next Page