There has been widespread condemnation of the looting of a Lidl store in Tallaght area of Dublin on Friday.

And in the aftermath, many have highlighted that the criminals in question have put the livelihoods of those working there at risk.

Now, in a statement released on Monday afternoon, a spokesperson has clarified what will happen to those employees.

"A meeting was held today with our team from Fortunestown. We can confirm that each of the 30 team members will be redeployed to other stores in the area.

"We will not have the criminal actions of others impact on the livelihood of our hard working team."

"On behalf of the Store Manager Ruth and her team we would like to thank everyone for their kind words in the aftermath of this incident.

"The team are genuinely blown away by the swell of support from, not just the community that they serve daily, but from right around the country."

Videos shared on Friday showed several young men driving a digger from the store's location. Another shockingly showed construction machinery being used to break down the roof of the building.

Footage was also being shared from inside the supermarket.

Tallaght accused smacks in to a bin. Giving the fingers while walking blind will not end well. Who knew!? pic.twitter.com/QDGpB3EJnk 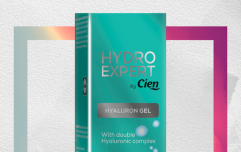 Lidl is launching a new hyaluronic skincare range and the serum is only €3.49

END_OF_DOCUMENT_TOKEN_TO_BE_REPLACED

One person who say they witnessed the looting stated that the supermarket was getting "smashed up". Another said it was being "emptied".

One man highlighted that in his 15 years living in Dublin, it was only the second incidence of looting he'd been aware of - the first being the Love Ulster riots in 2006.

The store manager Ruth and her team would like to thank everyone for their kind words in the aftermath of this incident. The team are genuinely blown away by the swell of support from, not just the community that they serve daily, but from right around the country.

Among those who criticised the looters was a local Tallaght woman who took to Twitter to highlight: "Talking to one of my older neighbours, he was in tears about the carry on in Lidl earlier, he can’t walk further than the Lidl, but that was his little trip everyday, up for his few bits and pieces and all the staff loved him and he had great banter with them, so upset."

popular
H&M to close 170 stores this year due to dropping sales
QUIZ: Can you name the Keanu Reeves movie from just the screenshot?
QUIZ: How well do you remember The Rugrats Movie?
Womb stories: Bodyform's latest ad is a triumph for women's health portrayal
There's a new micro-festival happening in Westmeath this summer
8 out of 10 married couples are owed tax back, are you one of them?
Lidl launches own fake tan and it'll only set you back €3.99
You may also like
1 day ago
Lidl launches own fake tan and it'll only set you back €3.99
1 week ago
20x20 has just launched the fourth chapter of their award-winning campaign so come on and get up, ladies
3 weeks ago
An outdoor pizza oven BBQ smoker is coming to Lidl really soon
1 month ago
Get ready to live like the stars because Lidl is selling an entire home cinema range
1 month ago
Lidl will be selling wine cooler handbags with a secret nozzle soon and, absolute scenes
2 months ago
There's a cocktail masterclass happening on Instagram Live this weekend
Next Page