The M50 southbound is closed between J12 Firhouse and J13 Sandyford due to an overturned hose truck.

The driver is unhurt.

Update: All lanes are currently closed here with traffic travelling south being diverted off the M50 before J12 due to an overturned truck.

Motorists have been sharing pictures on social media of the animals lined up on the side of the road.

It appears that all the horses survived and are well, although one photographed shared by the Dublin M50 Twitter account showed blood on the road. On Twitter they were described by one witness as "shaken"  but "doing well". 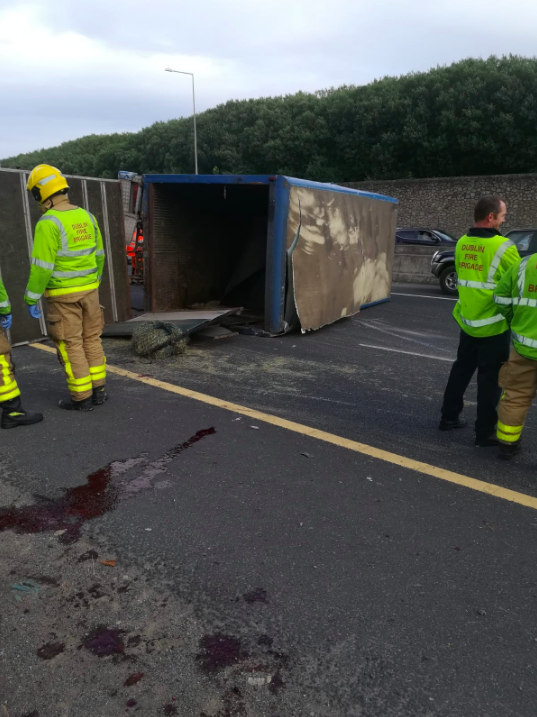 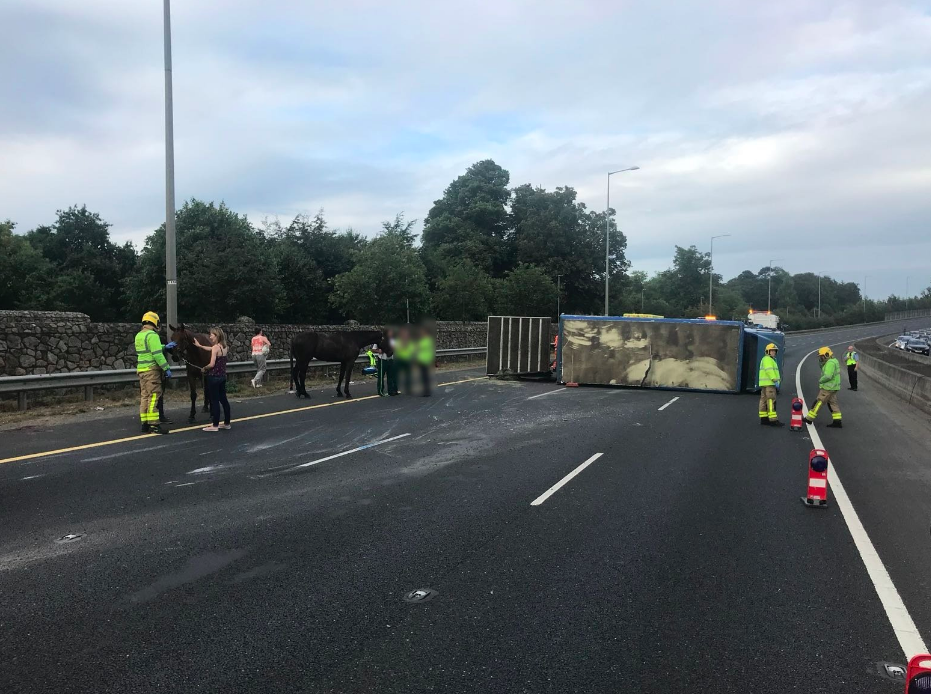 On Saturday evening, traffic was being diverted off at J12 - with the AA telling people avoid this section of the M50. "There are heavy delays on approach in both directions," it added.

#DUBLIN Photo of the overturned truck on the M50.

One motorist added that "Northbound heavy from Sandyford with rubbernecking. Once past accident, traffic is flowing."

Emergency services remain at the scene. The stretch of road will be closed until a crane arrives to move the truck.

Another horsebox is en route to the scene to collect the animals.

popular
Daisy Coleman from Netflix's Audrie & Daisy has died, aged 23
I'm A Celebrity, Get Me Out Of Here moves to ruined castle in UK this year
WATCH: Sneak peak of Paul Mescal in latest Rolling Stones' music video
Rupert Young, twin brother of Will Young, passes away, aged 41
WATCH: Paul Mescal stars in new Rolling Stones' music video 'Scarlet'
Staycation: TripAdvisor reveals the top 10 hotels in Ireland for 2020
Someone has ranked the penis size of men from all over the world
You may also like
1 day ago
Concerns over extradition of Madeleine McCann suspect Christian B
2 days ago
11 new Emperor penguin colonies discovered in Antartica
6 days ago
Bewley's is set to open its doors... again!
1 week ago
Staycation scams: Warning issued for home holiday makers this summer
1 week ago
104 Pandemic Unemployment Payments cut following airport checks
2 weeks ago
Polar bears could be extinct by end of century due to climate change, predict researchers
Next Page