Do you remember the story?

The elderly man who married his best friend for tax purposes just over two years ago has passed away.

Matt Murphy, originally from Cashel, Co Tipperary, married his friend Michael O'Sullivan in order for him to avoid paying inheritance tax on his home in Stoneybatter in Dublin.

Back in 2017, Mr Murphy told RTÉ’s Liveline that he was marrying his best friend "because he’ll be part of my life when I die".

Neither of the men were gay, and Mr O’Sullivan became Mr Murphy's carer. 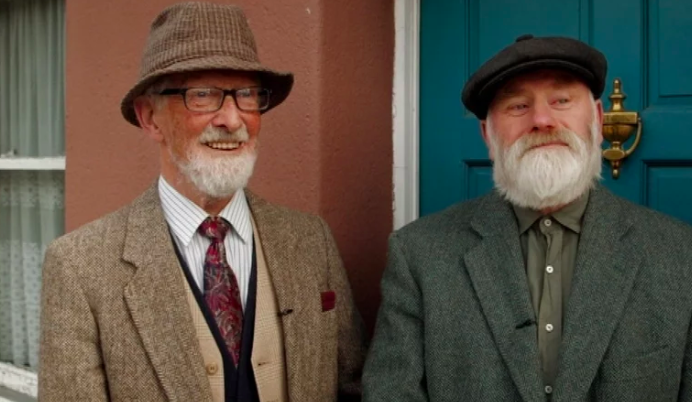 Speaking on Liveline today, Mr O’Sullivan paid tribute to his husband describing him as a "great man" who died in the Mater Hospital in the early hours of Tuesday morning.

Mr O'Sullivan said that Mr Murphy, who was born in 1935, and his family worked in an estate house just outside Cashel.

"Matt was illegitimately born in 1935, and up until he died he never knew who his father was," he said.

"So he said that he came into the world 'under a big cloud’ but he went out ‘in a mighty bang’. And that’s really true."

Our thoughts are with everyone that knew this wonderful man.

Girls With Goals || Her · Ep.161: Feeling Peachy - Sharon Keegan of Peachylean on being an absolute BOSS!
popular
Aldi is selling a 2in1 grill and fire pit just in time for summer
Meghan Markle posed with a Kate Middleton magazine cover in 2014
Aldi is selling outdoor string rattan chairs for €30
Trial date set for former nurse charged with murder of eight babies
Cork school may need to close due to "serious" Covid outbreak
Naomi Campbell welcomes baby girl
Here's what happens on every day of your menstrual cycle (roughly)
You may also like
4 days ago
Seth Rogen joins Ryan for this week's episode of The Late Late Show
1 week ago
Rachael Blackmore joins Ryan for tonight's Late Late Show
3 weeks ago
New RTÉ series goes behind the scenes at the DSPCA and it looks ridiculously adorable
4 months ago
WATCH: A documentary about the two men who got married to avoid tax is coming to RTÉ
4 months ago
New series of Reeling In The Years to air on RTE this spring
5 months ago
Late Late Toy Show accused of "using kids to promote vaccine"
Next Page