"We have the utmost respect for that family and what they represent to British people."

Sinn Féin leader Mary Lou McDonald reached out to the royal family privately following the death of Prince Philip, the Duke of Edinburgh.

A representative on her behalf told The Irish Times that she penned a letter to Queen Elizabeth and Prince Charles, expressing her condolences. 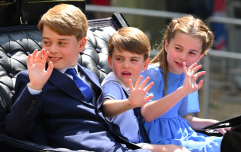 END_OF_DOCUMENT_TOKEN_TO_BE_REPLACED

After his death, McDonald sent her sympathies to the Queen and the royal family as well as "those of British identity on our island, for whom his death will be felt as a great loss" on Twitter.

The Sinn Féin leader's recent letter is not the only correspondence McDonald has had with the British royals.

When she was sick with Covid-19, Prince Charles sent her a "lovely letter". At the time, McDonald spoke about how despite their political differences, she has respect for the royal family as people.

"Whereas we are not obviously monarchists, we’re republicans, that’s our political view, we have the utmost respect for that family and for who they are and what they represent to British people and indeed to unionists and loyalists here.

Sincere condolences to Queen Elizabeth and family on the death of her husband Prince Phillip. Sympathies to those of a British identity on our island, for whom his death will be felt as a great loss. Ar dheis De go raibh a anam dilis.

Earlier this week, McDonald spoke about Anglo-Irish relationships on British radio, as well as the death of Lord Mountbatten in 1979 at the hands of the IRA. 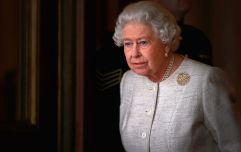 END_OF_DOCUMENT_TOKEN_TO_BE_REPLACED

"The army and the armed forces associated with Prince Charles carried out many, many violent actions on our island," McDonald said. "And I can say of course I am sorry that that happened, of course that is heartbreaking."

She continued: "And my job, and I think Prince Charles and others would absolutely appreciate this, is to lead from the front now in these times.

"And I believe it is all of our jobs to ensure that no other child, no other family, irrespective of who they are, face the kind of trauma and heartbreak that was all too common on all sides – let me emphasise on all sides – of this island and beyond."

The politician added that she is committed to making sure that no family faces trauma and heartbreak again.

popular
Bobi the farm dog is the oldest living pooch ever aged 30
Police believe they know what happened to missing dog walker Nicola Bulley
Siobhan O'Hagan reveals she's expecting her first child
Louise Thompson required surgery after haemorrhaging at home
Love Island's Anna-May admits she thinks one of the girls is playing a game
Bachelor Nation star Sarah Herron's baby passes away shortly after birth
Here's why Nicola Peltz-Beckham's family are suing her wedding planners
You may also like
11 months ago
Prince Harry reveals he "does not feel safe" coming back to the UK
1 year ago
Kate Middleton tipped to replace Prince Andrew in new role
1 year ago
Kate Middleton's gown took center stage at Bond premiere
1 year ago
Kate "not keen" on Prince George wearing football kit to match
1 year ago
Prince Charles won't be making an appearance at the Diana statue's unveiling
1 year ago
Prince Charles struggling with Harry's speaking out because he is "very shy," says former vocal coach
Next Page