A nightclub in Miami Beach has been shut down after a video of a pair riding a horse into the middle of the crowded dancefloor was posted online.

The videos posted on multiple accounts showed two people riding a white horse onto the dancefloor before the horse grew aggravated and bucked them off.

When club-goers began leaving the venue in shock, the authorities were alerted and the club was quickly shut down.

Outrage after video from inside the Mokai Lounge in Miami goes viral - a dancer riding into the club on a white horse. The panicked horse throwing her off. Now, officials investigating Mokai for animal abuse and public health & wellness safety. Full story & video coming soon. pic.twitter.com/TaGce9nVIy

The club’s owner swears he did not know of the incident and says the person responsible for the stunt has been disciplined.

“The marketing director, who arranged the stunt, that I was unaware of, is suspended without pay,” they told CBS4. “I am cooperating with the authorities.”

Miami Beach Police revealed in a statement that animal safety experts were immediately called to the scene, saying:

“Animal experts have located the horse that was at Mokai Club. The horse has been inspected and deemed to be healthy and safe.”

"What kind of idiot would do something like to this to an animal?" said Miami Beach mayor @DanGelber after someone paraded a horse around in one of the city's nightclubs. Mokai Lounge's license is now revoked. pic.twitter.com/ATDiIGc2uH 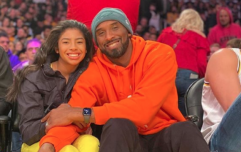 END_OF_DOCUMENT_TOKEN_TO_BE_REPLACED

The videos sparked outrage online and resulted in a press conference with the city manager, who said:

“I was disgusted and offended that any legitimate businessperson would think this was an appropriate action to take. This activity was not permitted, and as soon as we became aware, I immediately instructed staff to act swiftly in remedying this situation.”

popular
Staycation: TripAdvisor reveals the top 10 hotels in Ireland for 2020
"Deeply and unreservedly sorry:" Ryan Reynolds apologises for marrying on former slave plantation
WATCH: Sneak peak of Paul Mescal in latest Rolling Stones' music video
Irish actor Richard Flood promoted to series regular on Grey's Anatomy
Rupert Young, twin brother of Will Young, passes away, aged 41
WATCH: The trailer for Netflix's Ratched is here
Kate Middleton has addressed the rumours that she's pregnant with her fourth child
You may also like
1 month ago
Quarantine Barbie: She exists and she's far too real
1 month ago
Here's how to make a vegan 'fried egg', according to an Australian food blogger
3 months ago
Kids have been applying to 'work from home' with their dogs during lockdown and nah, too much
4 months ago
The Duchess of Cambridge has revealed Prince Louis' favourite song (and it's a classic)
5 months ago
A postpartum ad has been banned from the Oscars this year
6 months ago
Mrs Hinch just shared the super-clever way she cleans her beauty blender (and we are impressed)
Next Page