US First Lady Michelle Obama brought the house down during a deeply personal and moving primetime address to the Democratic National Convention last night.

The first day of the Convention in Philadelphia got off to a rough start, with the Democrats becoming mired in controversy over an email leak that revealed how party officials apparently interfered with the primary selection process to favour Hillary Clinton over her rival, Bernie Sanders.

But Mrs Obama turned things around with an electrifying speech in which she laid into Donald Trump and his candidacy - without ever once mentioning the Republican nominee's name.

She also heaped praise on Democratic nominee Hillary Clinton (she will be formally nominated on Thursday night), crediting the former First Lady and Secretary of State with making history already by becoming the first woman to ever lead a party into a presidential election.

FLOTUS gets emotional: “Because of Hillary Clinton, my daughters…now take for granted that a woman can be president of the United States"

"...when she did not win the nomination eight years ago, she did not get angry or disillusioned. Hillary did not pack up and go home because ... Hillary knows that this is so much bigger than her own disappointment. She proudly stepped up to serve our country once again as secretary of state, traveling the globe to keep our kids safe. There were moments when Hillary could have decided that this work was too hard, that the price of public service was too high, that she was tired of being [torn] apart for how she looked, or how she talked, or even how she laughed."

"And because of Hillary Clinton, my daughters and all of our sons and daughters now take for granted that a woman can be president of the United States." 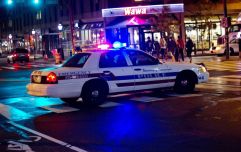 END_OF_DOCUMENT_TOKEN_TO_BE_REPLACED

However, the line that everyone will be talking about today is one that Obama delivered at the end of her speech. Talking about how America has always embraced progress - however slow - she credited the country and its people with evolving enough to lead to a moment where a black family could occupy the White House.

Michelle Obama: "I Wake Up Every Morning in a House That Was Built by Slaves" #DemsInPhilly https://t.co/xGdP9KVFs1 https://t.co/oKOZAYaVHu

"That is the story of this country. The story that has brought me to the stage tonight. The story of generations of people who felt the lash of bondage, the shame of servitude, the sting of segregation, who kept on striving, and hoping, and doing what needed to be done. So that today, I wake up every morning in a house that was built by slaves. And I watch my daughters — two beautiful intelligent black young women — play with the dog on the White House lawn."

Perhaps THE most popular Democrat in the arena tonight. #DemsInPhilly pic.twitter.com/6gA16ASgeN

People are raving about Mrs Obama's words, led by her husband and Clinton herself.

Incredible speech by an incredible woman. Couldn't be more proud & our country has been blessed to have her as FLOTUS. I love you, Michelle.

STOP THE PRESSES! New front...
THE LADY IS HER CHAMP@FLOTUS speech brings down the house https://t.co/Vs2SmZ9m6z pic.twitter.com/G3VmZzk8Fe

Michelle Obama was the anti-Trump: She was positive, inclusive, optimistic, a role model: "When they go low, we go high."

Michelle Obama is giving the speech of her life right now.Regardless of political persuasion- she's definitely delivering a powerful message

You can watch the full 14-minute speech here:

Or Vox has done a transcript if you'd prefer to read it.

Elsewhere last night, Clinton's rival for the nomination, Bernie Sanders, backed Hillary for the presidency, and urged his supporters to do likewise.

And he gave a killer response to Trump's inevitable tweeting about the matter.

As Michelle Obama said in her recent Carpool Karaoke video: 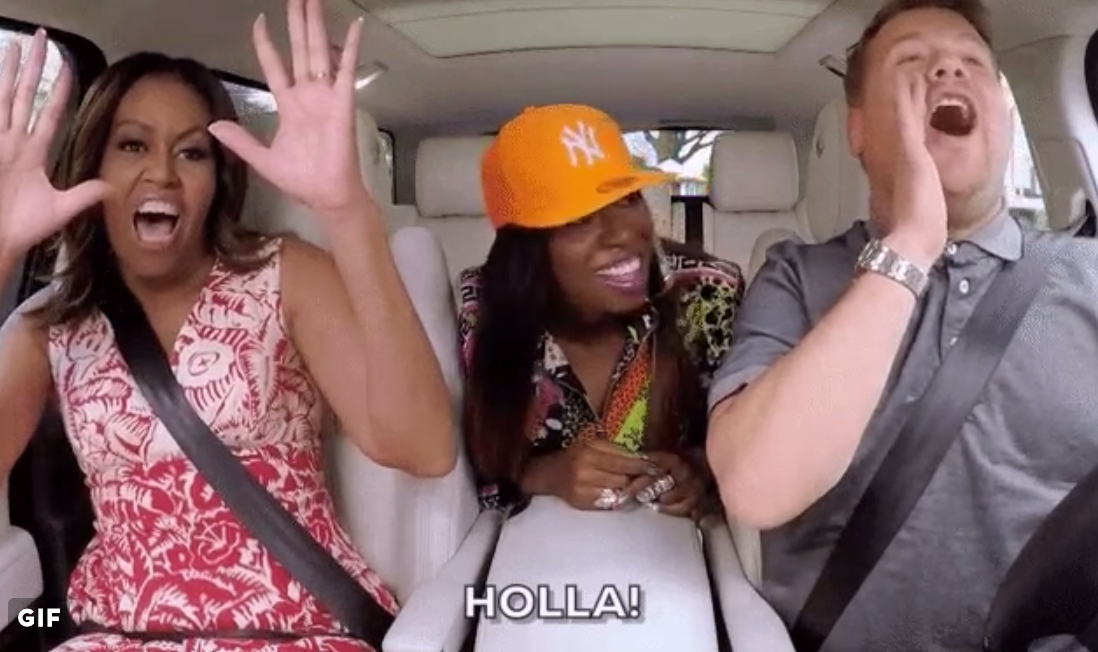 popular
10 Dublin restaurants with outdoor areas we'll be hitting up for the next 3 weeks
Tried and tested: 3 sheet masks that seriously impressed me
WATCH: Simone Biles just did a triple backflip, a move not even recognised in women's gymnastics
The Christmas movies TV channel is launching this week
WATCH: Netflix to release documentary on the Watts family murder
New documentary sheds light on hidden sexual violence of the Irish revolution
Netflix shares trailer for fascinating David Attenborough documentary
You may also like
11 months ago
Over 100 'unique' names were invented in the United States last year alone
1 year ago
Aer Lingus just announced a massive sale on flights to Europe and America
1 year ago
Catholic school removes Harry Potter books from library because they contain 'spells'
1 year ago
The internet has discovered the "salmon cannon," and it has become a sensation
1 year ago
Aer Lingus launch flash 4th of July sale on flights to the US
1 year ago
Alabama Public Television refuses to air episode of Arthur with gay wedding
Next Page