Miss Ireland embroiled in controversy amid 'pay for votes' revelation

The competition is being slammed for selling votes to the public.

The Miss Ireland competition is coming under fire this week with contestants and former contestants slamming the competition for its 'bizarre' and outdated rules. It's now facing fresh criticism for selling votes to the public for their preferred candidates.

Earlier this week Blue Scannell, a 19-year-old finalist for Miss Dublin, pulled out of the competition after raising her concerns over the rules regarding unmarried mothers to the organisers. According to the competition rules, entrants must be ‘unmarried or never have been married’, and have ‘never given birth to a child’. As she thanked the public for their support on her Instagram account Miss Scannell said, "everyone deserves to be treated equally no matter what!" 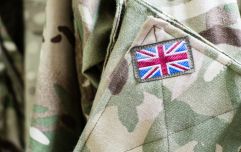 END_OF_DOCUMENT_TOKEN_TO_BE_REPLACED

Meanwhile, a 'pay for votes' revelation has now emerged which is causing further headaches for the organisation. If you want to vote for a finalist, you must do so by using the app, the first one is free but after that it's pay-as-you-vote. The price of votes ranges from five votes for 99cent to 1,000 votes for €99.99. Former contestant Aoife Cassin, who pulled out of this year’s competition for personal reasons, told RTÉ's Liveline that it's the first year paid voting has been required and since she's dropped out she feels it's "a waste" that her friends and family paid to support her.

Meanwhile the current Miss Ireland, Chelsea Farrell has reportedly cut ties with the organisation and has applauded Miss Scannell for speaking out while former Miss Ireland, Holly Carpenter, admitted that while the competition opened a lot of doors for her they should have given her more support: "A few things would make me uncomfortable and when I would express my views, I was told I was being difficult,’ Ms Carpenter said.