On Friday, there were shocking scenes in west Dublin as burglaries happened amid the bad weather at Lidl and Centra stores.

The Fortunestown Lane Lidl in Citywest was seriously damaged by a stolen JCB. The store's safe was recovered partially opened. Terrifying footage shared on social media also shows looters inside the building.

What happened tonight was very wrong and scary for a lot people. Most from Tallaght sit at home upset, angry and watch as they become the subject of ridicule and labels. Tallaght has a population 100,000 people. The majority of them on front of the fire or having fun in the snow.

The incidents have made international media, with coverage from news outlets in the UK and US.

On Saturday, nine men were brought by gardaí to the Courts Of Criminal Justice charged with trespass, burglary, possession of a weapon, and handling stolen property.

RTÉ reports that six men, released on bail, were charged in relation to the Lidl looting.

Some three men, remanded in custody, appeared in relation to the Centra incident.

RTÉ adds that Mr Bernie shouted in court that CCTV would prove the innocence of him and his co-accused.

"We are not the ones who broke into that shop and CCTV will prove that," he said.

Speaking to gardai involved in last nights op in Tallaght. They are overwhelmed by local people offering information on those involved in the attack on Lidl. #LidlLooters

Gardaí had told Her on Friday evening that they were "responding to several incidents in the Tallaght District and a number of arrests have been made".

One person who say they witnessed the looting stated that the supermarket was getting "smashed up". Another said it was being "emptied".

One man highlighted that in his 15 years living in Dublin, it was only the second incidence of looting he'd been aware of - the first being the Love Ulster riots in 2006. 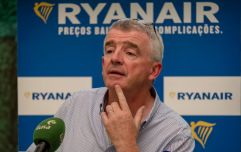 END_OF_DOCUMENT_TOKEN_TO_BE_REPLACED

In a statement issued to Her, Lidl had explained: "We are aware of the very serious incident at our Fortunestown Lane store this evening.

"Given that the incident is now the subject of a criminal investigation we are not in a position to comment further at this time."

I am beyond furious. Back in the 80’s if anyone had attempted to loot my Dad’s grocery store in the middle of a national weather emergency they would have received no compassion or excuses. I have family in Tallaght. They don’t condone scumbags. Nor do I. #Lidl

A later statement added: "As our store on Fortunestown Lane was closed when the incident occurred this evening, we can confirm no member of our team has been injured."

There has been widespread criticism of the burglaries on social media.

Talking to one of my older neighbours, he was in tears about the carry on in Lidl earlier, he can’t walk further than the Lidl, but that was his little trip everyday, up for his few bits and pieces and all the staff loved him and he had great banter with them, so upset 💔

One woman from that area stated on Twitter: "Talking to one of my older neighbours, he was in tears about the carry on in Lidl earlier, he can’t walk further than the Lidl, but that was his little trip everyday, up for his few bits and pieces and all the staff loved him and he had great banter with them, so upset."

popular
QUIZ: Can you guess the Disney movie from its opening line?
Tributes paid to Dr Tony Holohan as he steps back from role to care for wife
"I never thought it would be cancer": Stage 4 melanoma patient recalls receiving her diagnosis
Milkshakes and bacon double cheeseburgers are back at McDonald's next week
8 out of 10 married couples are owed tax back, are you one of them?
A comprehensive breakdown of the Shane Dawson/Jeffree Star/Tati Westbrook 'Karmageddon' drama
6 steps for treating acne in adulthood, according to a skin therapist
You may also like
3 days ago
Green Party's Hazel Chu officially elected Lord Mayor of Dublin
3 days ago
'Extremely isolating': LGBTQ+ homeless community faces more challenges
4 days ago
Hairdressers, restaurants, hotels, and pubs serving food officially reopen today
4 days ago
The killing of Elijah McClain: here's what you should know
1 week ago
Omniplex reveal new safety measures for reopening of cinemas from next week
1 week ago
Aer Lingus to cut 500 jobs due to #Covid-19
Next Page