OK, sorry but this sounds legit.

Netflix have announced the cast for their upcoming police interrogation crime drama, Criminal.

The series will focus on 12 unique crime stories from around Europe as investigators struggle to decipher what has happened in several cases across the UK, Spain, Germany, and France.

Each of the episodes is shot in the country's own language and are written and directed by teams hailing from each of the spots.

END_OF_DOCUMENT_TOKEN_TO_BE_REPLACED

David Tennant, Hayley Atwell and Katherine Kelly are among those cast for the UK episodes of the series, along with  Lee Ingleby, Shubham Saraf, and Nicholas Pinnock.

Nathalie Baye, Jeremie Renier and Sara Giraudeau have been cast for the French episodes, Peter Kurth, Christian Berkel, Deniz Arora and Nina Hoss starring in the German ones, and Carmen Machi, Inma Cuesta and Eduard Fernandez in the Spanish episodes.

Netflix have called the series a "format bending revolutionary procedural” seeing as each of the episodes are set entirely inside of the police interrogation room. 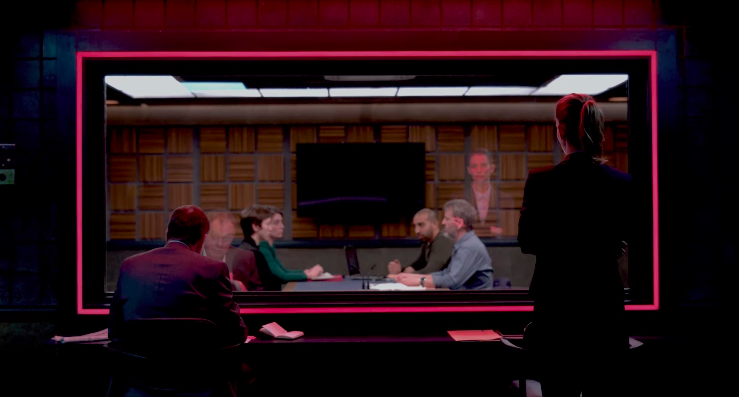 END_OF_DOCUMENT_TOKEN_TO_BE_REPLACED

"This stripped down, cat-and-mouse drama focuses on the intense mental conflict between detectives and suspects,” said the streaming giant.

All 12 episodes of Criminal were shot in Madrid, Spain.

The series is due for release this Autumn. You can check out the first teaser trailer here:

popular
Love Island’s Afia explains why Gemma’s dad has not been mentioned on show
Why Are Men so Obsessed With Boobs? The Answer is Pretty Surprising...
Ryan Tubridy has heartwarming reunion with Toy Show star Saoirse Ruane
Two dumped islanders have confessed their feelings for each other since leaving the villa
Love Island fans concerned over "bullying" of Ekin-Su
How to INSTANTLY unblock your stuffy nose (we swear this works)
Selling Sunset star quits show as it's renewed for two more seasons
You may also like
14 hours ago
Selling Sunset's Maya Vander confirms she's leaving the show
20 hours ago
Netflix CEO confirms adverts are coming to the service
21 hours ago
Selling Sunset star quits show as it's renewed for two more seasons
4 days ago
WATCH: Netflix's latest true crime Girl In The Picture looks seriously intriguing
1 week ago
WATCH: The first trailer for Blonde, the first adults-only movie made by Netflix
1 week ago
WATCH: First look at Ana de Armas as Marilyn Monroe in Blonde
Next Page