New data has shown where exactly we're most likely to catch Covid-19, and the last place we expected it to be was while doing the weekly shop.

According to SAGE's Virus Watch Study, they found that supermarkets were the one place that carried the highest risk of catching Covid.

END_OF_DOCUMENT_TOKEN_TO_BE_REPLACED

Researchers have said that this could be linked to "social activities" outdoor sports was the second-highest chance of catching the virus.

Visiting pubs, restaurants and using public transport were also said to be activities that have an increased risk of getting the virus prior to the Omicron surge.

The Mirror reported that people were nearly 2.2 times more likely to get Covid-19 while doing their weekly shop than anything else. 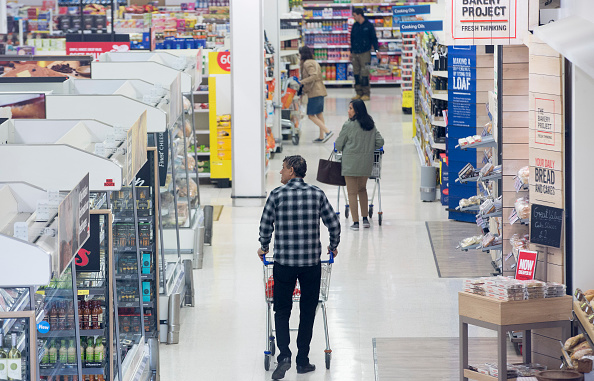 END_OF_DOCUMENT_TOKEN_TO_BE_REPLACED

Those who go to a pub, restaurant and using public transport were 1.3 times more likely of testing positive. The study looked at 10,000 cases over the span of September and November last year.

Outdoor sport is said to have a risk level of 1.36 per cent and those who leave their home for work were more susceptible to catching it than those who work from home, which was expected.

While this information was collected, the experts were unable to gather data that showed how risky the cinema, concerts or nightclubs were. The same applied to hairdressers, barbers, nail salons or beauty salons.

According to the study, the highest risk activities were as follows: 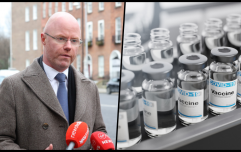 END_OF_DOCUMENT_TOKEN_TO_BE_REPLACED

popular
Traditional names such as Mary, Maureen, John and Michael may soon be extinct
Young mum packs her bags and travels the world with 3-year-old son
When can we expect the outcome of the Johnny Depp vs Amber Heard case?
Doctors urge women not to follow Kourtney Kardashian's 'semen' fertility advice
The 2 Johnnies share unbelievable catfish ordeal as woman 'targets 40 people'
Charlie Bird has shared his bucket list as he hopes to see Bruce Springsteen next year
Husband of school teacher killed in Texas shooting dies of heart attack
You may also like
2 months ago
Calls for mandatory mask-wearing to return on public transport
3 months ago
Australia to reopen to tourists later this month
3 months ago
Dáithí Ó Sé to be replaced on Today Show after contracting Covid
3 months ago
New EU travel rules on booster shot to come into effect tomorrow
4 months ago
Claire Byrne viewers confused about 'Covid time capsule' segment
4 months ago
Outrage after letter shows Boris Johnson praising little girl for cancelling birthday party
Next Page