A new bill has been presented to the Upper House that would change a 90-year-old law.

The Good Friday alcohol sales ban would be lifted if the bill were to be passed, which many people took to Facebook and Twitter to celebrate.

However, not everyone has found it to be such great news. 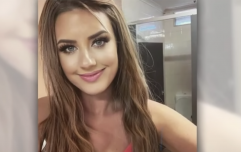 END_OF_DOCUMENT_TOKEN_TO_BE_REPLACED

Colin Neill from Hospitality Ulster told The Irish Times that both the hospitality industry and Northern Ireland would be greatly affected by the new bill:

“The hospitality industry will lose out on over £16 million (about €19 million) of income, money that pays the rates [and] wages and sustains many small businesses across the province.”

Meanwhile, while the bill would change the law here in the Republic Of Ireland, it would not change the law in Northern Ireland, where the sale of alcohol is not permitted on Good Friday in bars and restaurants, but is still available for sale in retail outlets.

Neill said: "Allowing pubs and restaurants [in Northern Ireland] to sell alcohol over Easter is not about religion, if it were they would ban supermarkets selling alcohol at 8am on Good Friday morning."

popular
Gwen Stefani reportedly pregnant with baby number four
Couple, both 100, die holding hands just hours apart after being married for almost 80 years
Here's an early look at the huge range of arts & crafts toys coming to Lidl this month
Vogue Williams deems David Beckham a "sh*tebag" over World Cup deal
Why Are Men so Obsessed With Boobs? The Answer is Pretty Surprising...
So, William and Harry have a step sister... and who knew?
If you constantly have a cold nose, this could be the reason why
You may also like
2 days ago
Tom Parker's wife suffers more heartbreak just nine months after husband's death
1 week ago
Woman left confused after DNA test shows child isn't husband's despite her claims that she never cheated
3 weeks ago
Millie Bobby Brown admits she used to think the Earth was flat
3 weeks ago
Man 'runs entire marathon in just three and a half hours whilst chain smoking'
3 weeks ago
Nick Cannon estimates how much he pays in child support
3 weeks ago
Spencer Matthews to climb Everest in bid to find brother's body
Next Page