Flights are being cancelled, delayed and diverted as a result of Storm Brendan.

Status orange wind warnings have been issued for all counties in the Republic of Ireland due to the arrival of Storm Brendan on Monday and a number of flights are being affected as a result of the adverse weather conditions.

On their Twitter page on Monday, Shannon Airport announced flights to Birmingham, London Heathrow and Edinburgh, inbound and outbound, had been cancelled:

🛬 @Ryanair flight FR4776 from Manchester, due to arrive in Shannon at 9.35am & flight FR103 from London Stansted due in at 10.30am, have both been diverted to @CorkAirport

Passengers will be transported to Shannon via bus.#StormBrendan

It was also announced that passengers travelling on Ryanair flight FR1173 to Wroclaw due to depart at 4.10pm on Monday from Shannon Airport should expect delays.

Ireland West Airport has said that the airport is open and operational but that Storm Brendan is impacting services. 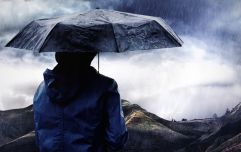 Rain, hail, sleet, snow and thunder in store for Ireland this weekend

END_OF_DOCUMENT_TOKEN_TO_BE_REPLACED

London Stansted, London Luton and Edinburgh services have been diverted to Dublin Airport. Passengers travelling on Monday afternoon are advised to contact their airlines for the latest flight info.

Meanwhile, Dublin Airport said on Sunday night that operations will be weather dependent and no further updates have been delivered as of Monday afternoon.

Cork Airport also urged passengers to check with their airlines for the most up to date flight information before travelling.

Met Éireann has forecast that gusts of up to 130km/h could be registered in Atlantic coastal areas later today.

It has also emerged that, as of Monday afternoon, approximately 48,000 homes and businesses are without power due to Storm Brendan.


popular
Prince Harry and Meghan Markle to attend Princess Beatrice's wedding despite 'snub' reports
BRB, running to Penneys for the €19 trousers that look like they cost ten times the price
Introducing the €35 Penneys coat you're going to see everywhere on Instagram next season
Say hello to the €40 Stradivarius dress you're going to be seeing everywhere in summer
Holly Willoughby's Zara shirt is the workwear must-have you need in your life
EastEnders have 'revealed' Bex Fowler's exit storyline
Netflix's The Woods is the thriller that will be your next TV obsession