Official: These are the top 5 rainiest counties in Ireland

That's a lot of rain.

Ireland, she's a rainy country, that's no news to any of us but just how rainy is it on the emerald isle?

It seems like it rains here constantly, and we don't ever get a second of sun but it turns out that some Irish counties get a lot more rainfall than others. 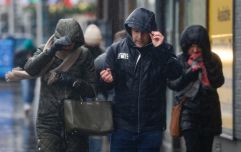 Rain set to clear after blustery weekend but not for long

END_OF_DOCUMENT_TOKEN_TO_BE_REPLACED

In study carried out by Chill Insurance, we finally know where in Ireland we can avoid the most rain, and where you're most likely going to get drenched.

According to local weather statistics, Kerry was found to be by far the rainiest county in Ireland, with an annual rainfall of 61.5 inches.

Residents in rural Kerry experience 56% more rain than the second rainiest county, which is Cork. 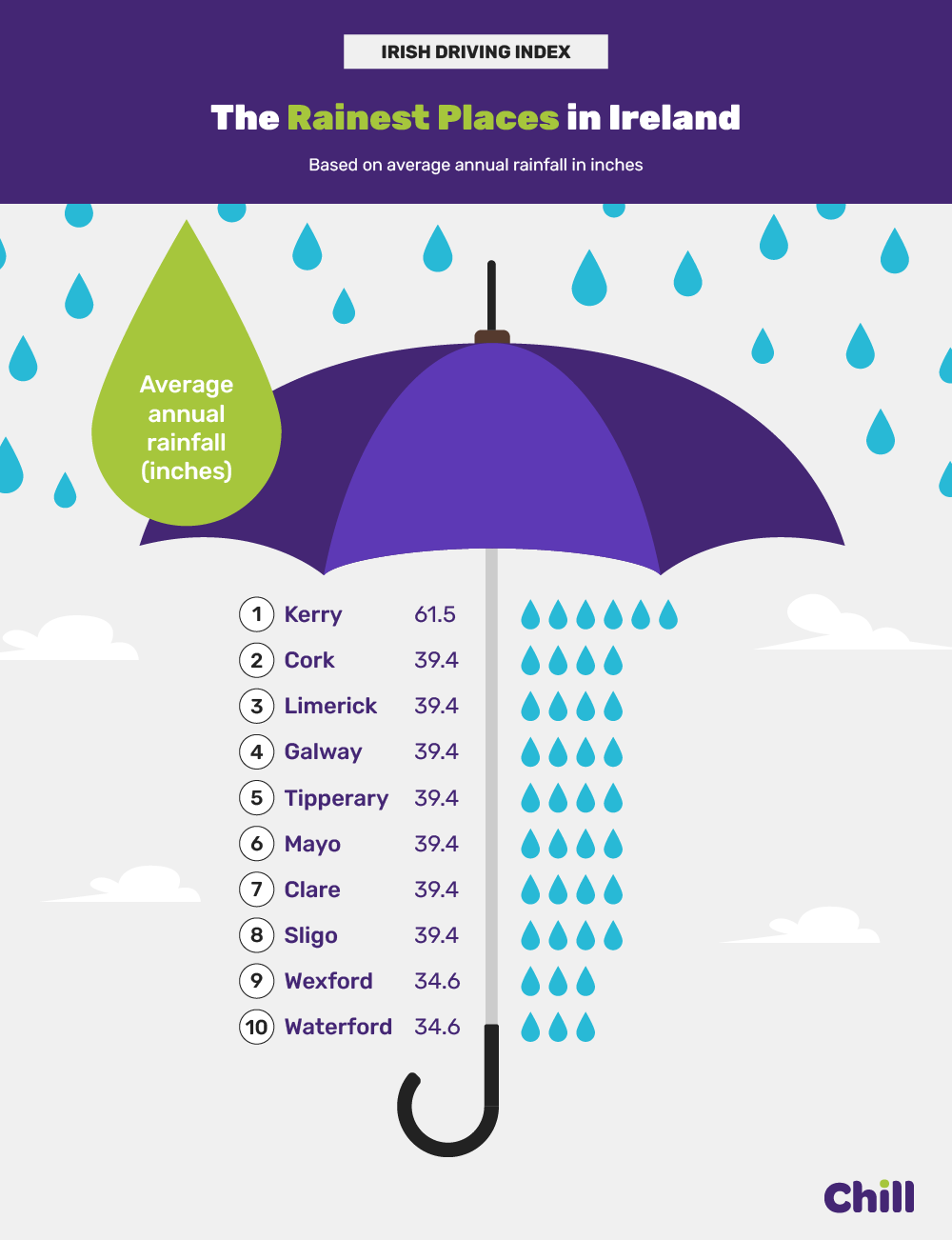 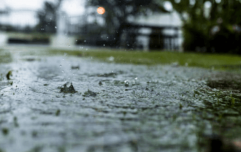 It's looking like it'll be a very rainy bank holiday weekend

END_OF_DOCUMENT_TOKEN_TO_BE_REPLACED

Wexford and Waterford are tied last with 34.6 inches annually, so if you're from any of these counties, you might want to start stocking up on some umbrellas.

While the rain seems to have cleared up since the last few weeks of extreme downpour, this weekend's weather is still predicting some colder spells.

Met Eireann said: "Cold and mostly dry on Saturday night with just the chance of an isolated shower along eastern and southeastern coasts. Lowest temperatures of minus 3 to minus 1, coldest in the west of the country with frost and ice forming again in near calm conditions. 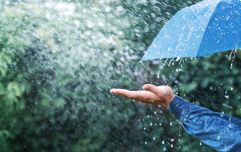 END_OF_DOCUMENT_TOKEN_TO_BE_REPLACED

"A cloudier day on Sunday. It will stay mainly dry with light, isolated showers in the east. Afternoon temperatures of 7 to 10 degrees in moderate east or southeast winds.

"Another cold night on Sunday night with clear spells and isolated light showers. Lowest temperatures of zero to minus 2 degrees with a moderate southeast breeze."

popular
Stevie Nicks leads tributes following the death of Christine McVie
Gwen Stefani reportedly pregnant with baby number four
Gifts for Him: 18 affordable presents for your old fella, brother or boyfriend this Christmas
Why Are Men so Obsessed With Boobs? The Answer is Pretty Surprising...
Here are the first four people officially heading onto Dancing With The Stars
Mollie King announces death of her father just weeks after welcoming her first child
"You can’t imagine what it feels to have had a baby and yet feel like you didn’t"
You may also like
1 year ago
Rainy weather is set to make its comeback this week
1 year ago
Rain weather warning issued for two counties
1 year ago
Thunderstorm and rain warnings issued for all of Ireland as Indian summer comes to abrupt halt
1 year ago
Met Éireann issues 3 weather warnings for eight counties
1 year ago
Sunshine and high temperatures to come to an end as Met Éireann predicts week of thunder and rain
1 year ago
Temperatures to soar to mid-twenties this week as "high pressure" to hit Ireland
Next Page