If the estimate is correct, it would be the biggest march in the UK since the Iraq War protest in 2003.

Organisers of the anti-Brexit march through London on Saturday have said that as many one million people have taken to the streets for the People's Vote march to demand a second Brexit referendum.

The numbers were provided by People's Vote UK, the organisers of the march on which protestors will travel from Park Lane to Parliament Square. 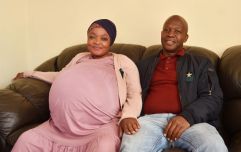 END_OF_DOCUMENT_TOKEN_TO_BE_REPLACED

A rally will be held at the finishing stop later in the day.

A number of high profile celebrities and politicians joined the masses of people marching for a second Brexit vote.

Scottish first minister Nicola Sturgeon travelled down to the capital to take part, as well as the likes of Tom Watson, Vince Cable, Caroline Lucas and Rosena Allin-Khan.

Thousands of marchers taking to the streets to demand a second referendum #PeoplesVoteMarch #PutItToThePeople pic.twitter.com/gVNlcC7jVo

The march has gained significance against a backdrop of turmoil in the UK's Brexit negotiations and strategy.

In recent days, that turmoil - which has seen prime minister Theresa May's Brexit deal rejected twice by parliament - has led to more than four million people signing an online petition which calls for the revocation of Article 50, the clause which Theresa May invoked on March 29, 2017, beginning the process of Brexit in earnest. 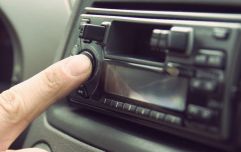 END_OF_DOCUMENT_TOKEN_TO_BE_REPLACED

The march comes a day after the Guardian published leaked government plans for a no deal Brexit, plans which highlighted the chaos which crashing out of the European Union would cause in the United Kingdom.

According to the secret Cabinet Office documents, there will be a "critical three-month phase" during which "Operation Yellowhammer", the codename given by the Treasury for cross-government contingency planning for the possibility of a no deal Brexit.

The documents also state that there will likely be likely to be "unforeseen issues and impacts" resulting from no deal.

Nick, 43, Brexit was a stupid idea from the start. My son is type 1 diabetic, all his insulin comes from outside the UK. I haven’t had a satisfactory answer on where it’s going to come from after Brexit. #PeoplesVoteMarch pic.twitter.com/mM5vbF3Dk8

Girls With Goals || Her · Ep.161: Feeling Peachy - Sharon Keegan of Peachylean on being an absolute BOSS!
popular
The DIY frozen coffee recipe that's so delicious you'll never pay for an iced latte again
Khloe Kardashian has JUST confirmed she is pregnant
Vicky Phelan rethinking cancer trial after "horrendous" reaction to treatment
Wayne and Coleen Rooney spotted holidaying in Ireland
How to INSTANTLY unblock your stuffy nose (we swear this works)
This is the easiest way to determine you may have VIKING heritage
"There is a difference": Holly Willoughby calls out porn director's view of "normal" sex
You may also like
1 week ago
"Another pickle!" Stacey Solomon is expecting her fourth child
1 week ago
Balenciaga and Crocs team up to make stiletto sandals
1 week ago
Postmortem to be carried out on baby girl who died in dog attack
2 weeks ago
Remains of 215 children found in mass grave at former Canadian residential school
2 weeks ago
A Hug For You: Adam King and his dad are writing a children’s book telling the story of the Virtual Hug
3 weeks ago
Gardaí seeking public's help in tracing 4 missing children
Next Page