History in the making.

One of the oldest and most distingushed golf clubs in the country has revealed that it will take a step away from its male only membership policy and will be welcoming in women to the club for the first time ever. 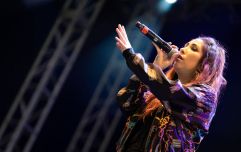 END_OF_DOCUMENT_TOKEN_TO_BE_REPLACED

The club is the second oldest in Ireland and has staged six Irish Opens, with Jack Nicklaus and Seve Ballesteros, winning in 1985.

Located on Bull Island in Dublin Bay, the 18 hole golf club said in a statement that it backs gender equality and promotes it for all members.

A post shared by The Royal Dublin Golf Club (@theroyaldublingolfclub) 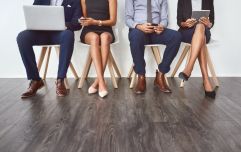 END_OF_DOCUMENT_TOKEN_TO_BE_REPLACED

A spokesman said: "All genders are equally valued within the membership without discrimination and enjoy the same rights and opportunities across all membership categories and the opportunity to apply for membership, when open , is available to all genders."

While Royal Dublin never had a specific rule that stated women couldn't be members, there was always a historical and traditional stance was that it was a men-only club.

The new proposals were agreed upon as part of a a radical overhaul of the clubs rules and constitution, with men and women wishing to join as members now being seen as equals.

This is the last club in Ireland to take a vote and give approval to allow for female members, but there was no details released of how comprehensive the vote was.

A post shared by The Royal Dublin Golf Club (@theroyaldublingolfclub) 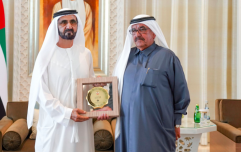 END_OF_DOCUMENT_TOKEN_TO_BE_REPLACED

In May, Portmarnock Golf Club also changed their rules to allow women to join, ending its male only membership policy for the first time in its 127 existence.

When it came to this club, 83.4 per cent of members voted in favour of the rule change while 16.6% voted against.

The old rulebook at the Portmarnock course read: "The club shall consist of members and associate members who shall be gentlemen properly elected and who shall conform with the rules of amateur status."

The wording has since been changed to remove "who shall be gentlemen".

popular
Smyths issues warning to parents ahead of Christmas
An All-Stars I'm A Celeb is officially happening
Riverdale actor Ryan Grantham charged with murder of his mother
So, William and Harry have a step sister... and who knew?
Marnie Simpson reveals her baby boy has plagiocephaly
Netflix's true crime series Sins of our Mother is seriously insane
Post Malone dramatically falls through stage during concert
You may also like
3 years ago
'They are my backbone, my rocks' - we love what Niamh Cullen says about her greatest female friendships
4 years ago
‘More than 60 percent of Irish women are employed yet they face significant challenges'
4 years ago
This top BBC presenter is earning nearly five times more than his female counterpart
4 years ago
Ireland's women's soccer team read mean tweets and are having none of it
4 years ago
McDonald's have made a huge change to their famous 'Golden Arches'
4 years ago
The diagram that shows how little women speak in Oscar-winning movies
Next Page