One of the seven wonders of the world is under serious threat.

The outlook for Australia’s Great Barrier Reef, a World Heritage Site and one of the seven wonders of the world, has been downgraded from “poor” to “very poor” in a report by the Australian government.

Climate change, the extensive report reads, remains the greatest threat to the Reef, along with coastal development, land-based run off and some forms of fishing, particularly illegal fishing.

Climate-related extreme weather events, such as marine heatwaves, cyclones and floods have had a significant impact on the Reef, emphasising what Great Barrier Reef Marine Park Authority Chief Scientist David Wachenfield describes as the “absolute critical need for the strongest possible mitigation of climate change and reduction in global greenhouse gas emissions”. 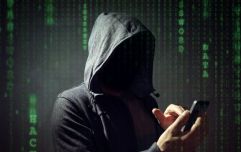 END_OF_DOCUMENT_TOKEN_TO_BE_REPLACED

While the report does detail positive outcomes brought about by management initiatives and actions at local level for activities such as tourism, the report outlines that “significant global action” is “critical to slowing the deterioration of the Reef’s ecosystem and heritage values and supporting recovery”.

The Australian government has outlined plans to act against the decline of the Great Barrier Reef through the Reef 2050 Long-Term Sustainability Plan and the Great Barrier Reef Blueprint for Resilience, which includes commitments such as building resilience to a changing climate, improving water quality and carefully managing coastal land use.

popular
Staycation: TripAdvisor reveals the top 10 hotels in Ireland for 2020
"Deeply and unreservedly sorry:" Ryan Reynolds apologises for marrying on former slave plantation
Irish actor Richard Flood promoted to series regular on Grey's Anatomy
WATCH: Sneak peak of Paul Mescal in latest Rolling Stones' music video
Someone has ranked the penis size of men from all over the world
Kate Middleton has addressed the rumours that she's pregnant with her fourth child
Rupert Young, twin brother of Will Young, passes away, aged 41
You may also like
1 month ago
New swine flu with 'pandemic potential' found by researchers in China
2 months ago
Banksy donates artwork honouring healthcare workers to hospital
3 months ago
Switzerland says young children can hug their grandparents as Covid-19 restrictions relaxed
3 months ago
Bernie Sanders drops out of 2020 US presidential race
4 months ago
#Covid-19: Six-week-old baby dies after testing positive for coronavirus
4 months ago
You need to watch this Sky News report on Italy's Covid-19 emergency
Next Page