PHOTOS: Dancing Bear Knows All Of The Moves To Michael Jackson's 'Thriller'

If you've seen 13 Going On 30, you'll know that cranking out the moves to Michael Jackson's Thriller is a surefire way of getting the party going.

Obviously, this Alaskan bear got the memo because when he spotted a wildlife photographer, he decided to show off his skills.

These brilliant sequence of photographs were captured by Russian photographer Alexey Tishchenko when the brown bear was drying himself off after a swim. 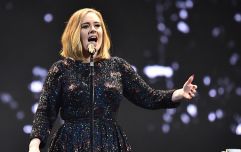 END_OF_DOCUMENT_TOKEN_TO_BE_REPLACED

"I had been watching the bears fish for quite a while before this one decided to stand up and make it's way across the shoreline,” he explained.

“I managed to get some shots of it drying itself off but I had no idea how funny they were until I checked my camera. I was with my daughter at the time and were both laughing about how it looked like Michael Jackson in the Thriller video.”

popular
Love Island's Danica said she felt "disrespected" in the villa
EastEnders star Samantha Womack reveals she has breast cancer
Dami explains why he was "angry" during the Love Island reunion
Love Island's Remi accuses Jacques and Luca of bullying
Actress Anne Heche in coma following car crash
Everything we know about Love Island USA's Irish premiere
Jacques O'Neill addresses Paige and Adam's relationship on Instagram
You may also like
3 years ago
Heading to Rome? You can now hire an actual 'Instagram boyfriend' to take all your holiday pics
3 years ago
Love talking pictures on your phone? Put the 'Sprocket' on top of your Christmas list
4 years ago
Eight Instagram spots you have to visit when you go to Moscow
5 years ago
Instagram is removing one of our favourite features
6 years ago
Facebook could soon make a change to your profile and you may not even realise
6 years ago
This amateur photography competition shows Ireland at it's best
Next Page