Gardaí responded to reports of a large house party yesterday.

A policing operation was put in place and a significant number of Garda units attended the scene. 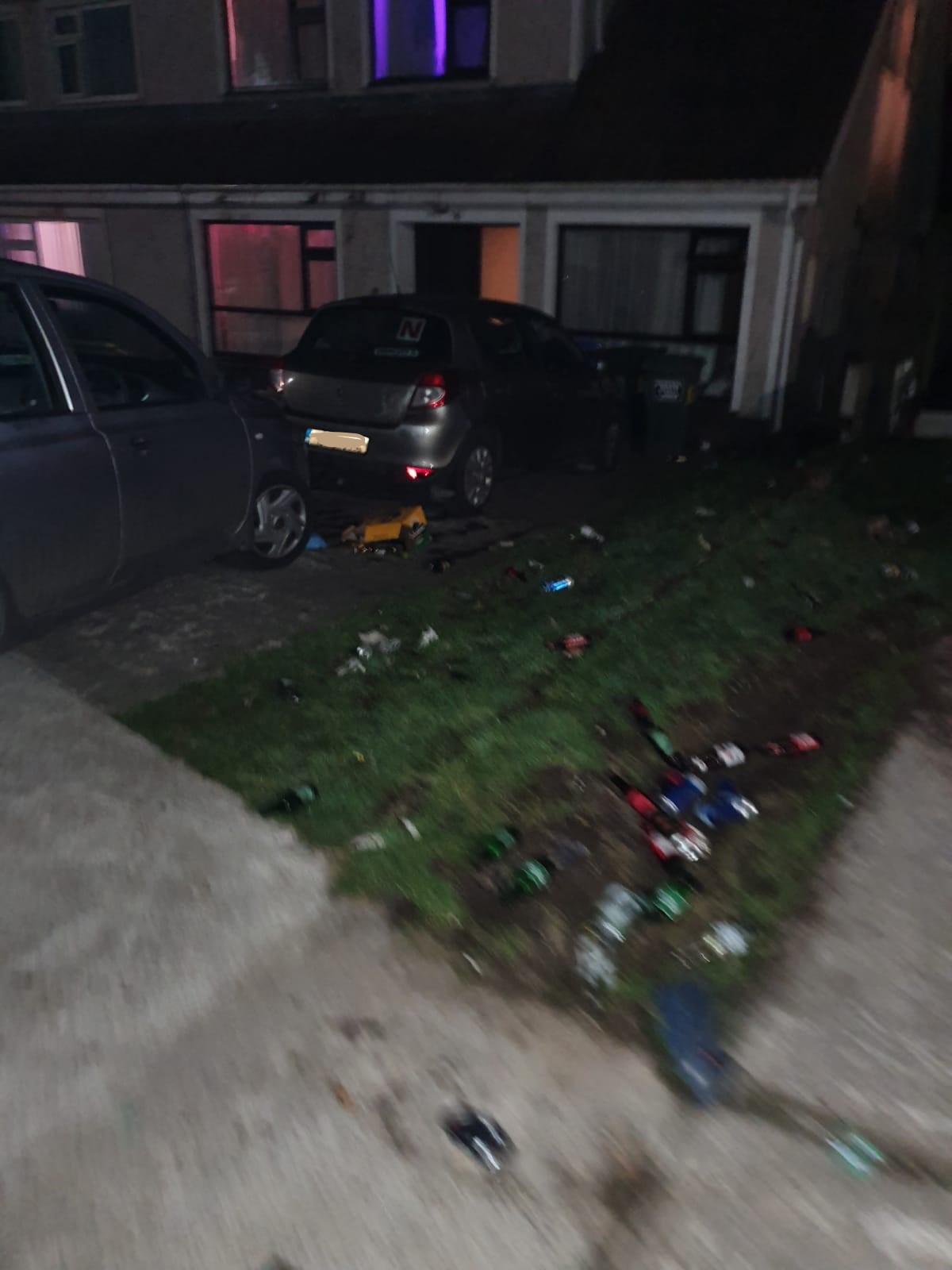 Photo taken at the scene

END_OF_DOCUMENT_TOKEN_TO_BE_REPLACED

Garda members say that they attempted to engage with the gathered individuals.

Following continued and orchestrated non-compliance with Public Health Regulations and failing to comply with directions from An Garda Síochána, Gardaí were forced to intervene at approximately 7.15pm.

Photo taken at the scene via Garda Info Twitter
Advertisement

Gardaí have commenced an investigation into identifying the organisers of this event, and as with all breaches of the Public Health Regulations a file will be prepared for the Director of Public Prosecutions.

According to a press statement released by An Garda Síochána;

"An Garda Síochána in Limerick continue to have a close and positive working relationship with the authorities and community in the University of Limerick, which was previously demonstrated at the start of the Academic year in 2020.

Gardaí in Limerick will continue to provide high visibility patrols in the vicinity of the University of Limerick campus and surrounding residential areas to check compliance to Covid-19 regulations and keep the community safe.

The COVID-19 Pandemic remains a public health crisis and An Garda Síochána continues to appeal to all citizens to demonstrate personal and social responsibility to comply with Public Health Guidelines and Regulations in order to continue to save lives."

No further statements or information about the incident have been released at this time.

popular
Woman who 'fell off' rollercoaster ride is identified
Corrie actress Lucy Fallon pregnant after miscarriage heartache
Alec and Hilaria Baldwin welcome their seventh child
Budget 2023: Parents will not have to pay for primary school books from next year
So, William and Harry have a step sister... and who knew?
Netflix's true crime series Sins of our Mother is seriously insane
Riverdale actor Ryan Grantham charged with murder of his mother
You may also like
1 week ago
Ryan Reynolds shared his experience of getting a colonoscopy after losing a bet
1 week ago
Christina Aquilera unfollows Britney Spears on Instagram over bizarre fat-shaming post
1 week ago
Apparently, the Queen had a special pancake recipe and someone just shared it online
1 week ago
Nine-week old baby in critical condition following incident in Louth
1 week ago
A brand new Penneys store in Tallaght just opened – creating 300 new jobs
1 week ago
Murder investigation begins into death of woman in Belfast
Next Page