Police clashed with members of the public at events honouring Sarah Everard earlier this year.

An inquiry has found multiple failings in the police's handling of attendees at the vigil for Sarah Everard in London, and the Kill the Bill protests in Bristol.

A report from the All-Party Parliamentary Group on Democracy and the Constitution found that both the Metropolitan Police and the Avon and Somerset force failed to "understand their legal duties in respect of protest". 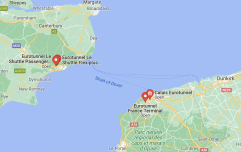 END_OF_DOCUMENT_TOKEN_TO_BE_REPLACED

In fact, according to the report, it appears the police's interactions with protesters at the London vigil may have actually "increased the risk of Covid-19 transmission".

Moreover, the inquiry found that officers at the Kill the Bill protest failed to "distinguish between those protesting peacefully" and those "engaging in acts of violence". This ultimately led to the use of "excessive force".

This report differs greatly from an investigation ordered by the UK's Home Secretary, which described the police's handling of the events as "appropriate".

A woman is arrested by Metropolitan Police officers at a vigil in memory of Sarah Everard on Clapham Common, London. Photograph by @jackhillphoto pic.twitter.com/qhp8GFibNr

It claimed that "the Metropolitan police was justified in adopting the view that the risks of transmitting Covid-19 at the vigil were too great to ignore when planning for and policing the event”. 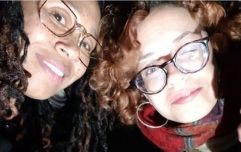 END_OF_DOCUMENT_TOKEN_TO_BE_REPLACED

Patsy Stevenson said that she was tackled to the ground by officers at a Reclaim These Streets vigil in Clapham Ground earlier this year. During an interview on Good Morning Britain, Ms Stevenson said that members of the police were "aggressively talking to women" and that many were "saying quite a few things that made people angry".

She told the Susanna Reid and Ben Shephard that she only attended the event to "lay a candle down".

Images of her being held by police on the ground went viral after the event. In that moment, Ms Stevenson said that she had "never been so scared".

popular
Meabh Feerick passes away after sharing that she felt "let down" by Irish healthcare system
Stacey Solomon mortified after walking around shop in see through leggings
Vicky Pattison thanks fans for support after doctors find ovarian cyst
Liveline listeners call for RTÉ's new property show to be scrapped
Why Are Men so Obsessed With Boobs? The Answer is Pretty Surprising...
Gwen Stefani reportedly pregnant with baby number four
14-year-old boy charged with murder of 12-year-old Ava White
You may also like
1 month ago
UK urged to enforce 'Plan B' to avoid Covid winter crisis
1 month ago
Serving Metropolitan Police officer charged with rape
2 months ago
Tributes pour in for 28-year-old primary school teacher killed in London
2 months ago
You could be shopping in an Aldi store with no checkouts in Ireland in the near future
2 months ago
Dad pays tribute to two children, their mother, and friend killed at sleepover
2 months ago
You can now get paid over €200 an hour to eat roast potatoes
Next Page