When cheese is life.

Police in southern Ontario are on the hunt for a man who allegedly stole $187,000 worth of cheese, as reported by local news outlet CP24. 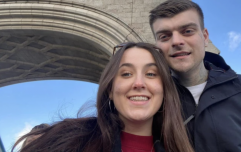 END_OF_DOCUMENT_TOKEN_TO_BE_REPLACED

Reports state that the robber went to the business and claimed to be the rightful owner of a shipment of cheese that was originally bound for New Brunswick.

While we're uncertain about the exact events of the robbery, we really hope that somebody interjected and told the robber "hey, that's nacho cheese."

At this point, perhaps the robber realised that the police were onto him and said to himself "Oh crap! It's the feds. Cheese it!"

On a more serious note, police have since determined that the man used fraudulent paperwork to claim the shipment. 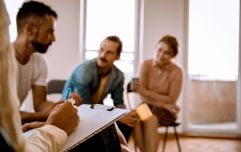 END_OF_DOCUMENT_TOKEN_TO_BE_REPLACED

Anyone with information on the cheese theft is being asked to come forward and report it to the local police.

A harrowing tale and proof that some people are just up to no gouda. A grate crime story for the modern age.

To the police that are pursuing this thief, brie strong and remember that the public are not very fondue of criminals like this.

popular
Kelsey Parker opens up about her first Christmas without Tom
Nicola Coughlan lands "lifelong dream" role as she gets cast in Oliver Twist
Made In Chelsea's Maeva and James announce birth of first child after difficult labour
Mollie King announces death of her father just weeks after welcoming her first child
Gwen Stefani reportedly pregnant with baby number four
Here are the first four people officially heading onto Dancing With The Stars
Tom Parker's wife Kelsey in early stages of new relationship
You may also like
1 year ago
Remains of 215 children found in mass grave at former Canadian residential school
3 years ago
Canadian jobs fair coming to Dublin for anyone that fancies some work abroad
3 years ago
Woman falls asleep on flight and wakes up in dark, empty and locked plane
3 years ago
This shop is using embarrassing plastic bags to shame customers into bringing reusable ones
3 years ago
Children left in tears as horror movie shown instead of Detective Pikachu at cinema
3 years ago
Property developer offers free avocado toast for one year with every home sold
Next Page