While we've all been caught up in the Pokemon Go craze, this offers a stark reminder of those who aren't so lucky.

A series of photographs have emerged from a Syrian news agency of children holding signs with Pokemon drawn on them which carry messages asking to be saved.

The photos reportedly come from the Revolutionary Forces of Syria Media Office, although the organisation has not yet commented on their origin. 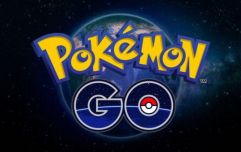 END_OF_DOCUMENT_TOKEN_TO_BE_REPLACED

The children in the photographs are believed to be in located in Syria, which is currently being torn apart by civil war and has seen over 4.5 million people flee the country in search of refuge. According to Full Fact, the UK has taken in 5,000 Syrian refugees in this time.

The photos are said to have been taken in the cities of Hama and Idlib, which have been hardest hit by the conflict.

Another image shows a young boy sitting next to a crying Pikachu in a building that appears to have been hit by an explosion.

Look, we all know that it is possible to think about more than one thing at a time and that just because you play Pokemon Go doesn't mean you can't possibly care about anything else. 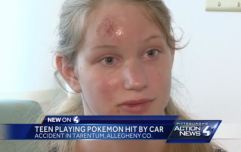 END_OF_DOCUMENT_TOKEN_TO_BE_REPLACED

People out there need our help, and it's worth remembering that Ireland has pledged to take in 2,622 Syrian refugees from Greece and Italy as part of the EU's relocation plan, a process that seems to be moving very slowly indeed.

We can do more and we should do more - and hey, maybe that good karma will help you find that Pikachu you've been searching for.