The Earl of Strathmore has been sentenced to 10 months in prison.

A relative of Queen Elizabeth's has been jailed for 10 months after sexually assaulting a woman in his ancestral home.

Simon Bowes-Lyon last month pleaded guilty to assaulting a woman at Glamis Castle, Angus, in February 2020, the home where the Queen Mother spent most of her childhood. 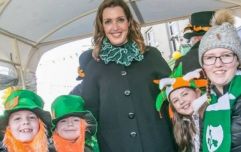 END_OF_DOCUMENT_TOKEN_TO_BE_REPLACED

34 year old Bowes-Lyon, the Earl of Strathmore, was sentenced today at Dundee Sheriff Court. In a statement released previously, he said he was "greatly ashamed of my actions which have caused such distress to a guest in my home."

"I did not think I was capable of behaving the way I did but have had to face up to it and take responsibility," he said.

"Over the last year this has involved seeking and receiving professional help as well as agreeing to plead guilty as quickly as possible."

Bowes-Lyon added he had "drunk to excess" on the night of the attack, but that this was "no excuse" for what happened.

"My apologies go, above all, to the woman concerned but I would also like to apologise to family, friends and colleagues for the distress I have caused them," he said.

Bowes-Lyon, the son of a cousin of Queen Elizabeth, has since been added to the UK's Sex Offenders Register, where he will remain for 10 years.

In 2002, he walked behind Prince William as part of the Queen Mother's funeral cortege. In 2019, he was named one of the UK's "most eligible bachelors" by British Tatler.

Girls With Goals || Her · Ep.161: Feeling Peachy - Sharon Keegan of Peachylean on being an absolute BOSS!
popular
Friends fans spot massive body double blunder in episode rewatch
Vicky Phelan "finally getting excited about coming home"
Love Island's Chloe Crowhurst injured in "serious car accident"
The DIY frozen coffee recipe that's so delicious you'll never pay for an iced latte again
TikTok star sentenced to 10 years in prison over "human trafficking"
Couple who can't agree on child’s name decide to each call her different things
"I was holding out for more the entire time": Why do so many of us go back to our exes?
You may also like
5 days ago
Pornhub sued by dozens of women over alleged image based and child sexual abuse
6 days ago
WHO plan says women of "child-bearing age" shouldn't drink alcohol
6 days ago
Domestic violence protests continue after discovery of six-year-old girl's body in Spain
6 days ago
Enid Blyton's books deemed "racist and xenophobic" by charity
6 days ago
CMO Tony Holohan receives Freedom of the City of Dublin
6 days ago
Teenage girl dies at Dublin equestrian centre event
Next Page