'I feel so incredibly grateful for the life we built together.'

Rachel Stevens has announced that she has split from her husband Alex Bourne – just weeks before the couple's 13th wedding anniversary.

The S Club 7 singer has spoken of how she first dated her husband when they were only in their teens, but split up, and reconnected years later as their paths kept crossing.

Yesterday, the 44-year-old took to her Instagram Stories to let her fans know of the sad news. 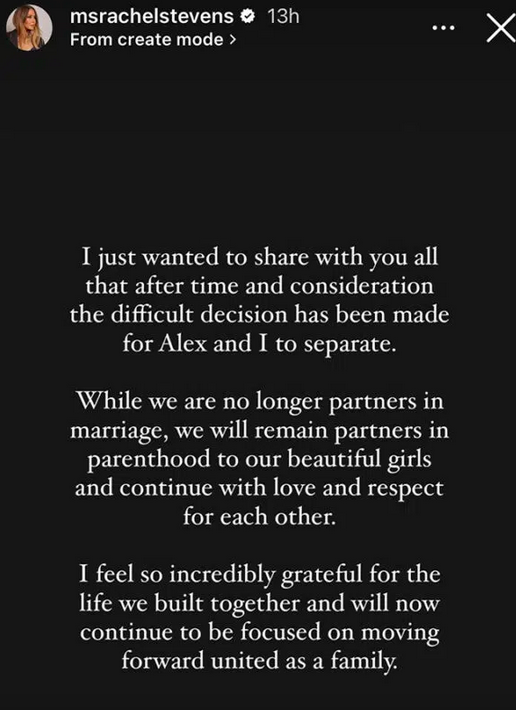 "I just wanted to share with you all that after time and consideration the difficult decision has been made for Alex and I to separate," Rachel wrote.

END_OF_DOCUMENT_TOKEN_TO_BE_REPLACED

"While we are no longer partners in marriage, we will remain partners in parenthood to our beautiful girls, and continue with love and respect for each other."

"I feel so incredibly grateful for the life we built together and will now continue to be focused on moving forward united as a family."

END_OF_DOCUMENT_TOKEN_TO_BE_REPLACED

Rachel and Alex married at Claridge's in London in 2009, and the pair walked down the aisle to S Club 7's hit Never Had A Dream Come True and her bandmates - Bradley McIntosh, Hannah Spearritt, Jo O'Meara, Jon Lee, Paul Cattermole and Tina Barrett - were there to watch them say 'I do'.

The 44-year-old has previously opened up about their childhood romance on The Moments That Made Me podcast.

She told listeners how they shared the same groups of friends and later dated again when they were 16 and again two years later but it wasn't to be. 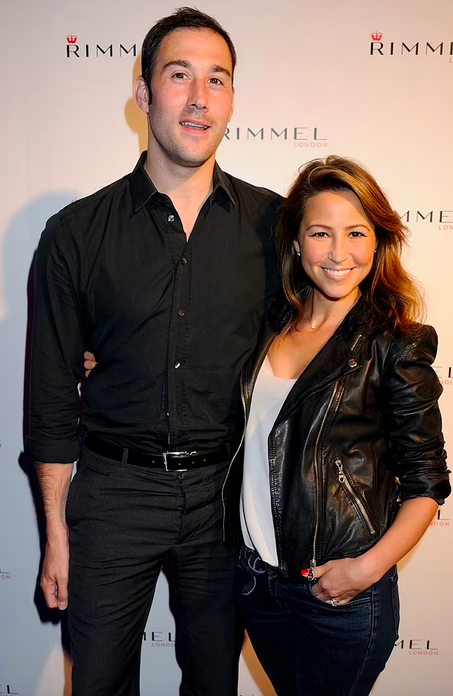 Then years later, when they were both in their late 20s, the pair randomly bumped into each other in a department store, and while Alex was at that point in a relationship, Rachel was single and on her way to move to LA.

Then, after Alex split up with the girl he was dating and moved out to LA, the pair finally got together, and the rest – as they say – is history.

popular
Vogue Williams slams man who refused to swap seats with her on plane
New Zealand family find two bodies in second hand suitcases
Crown Paints advert receives 200 complaints over 'misogyny' and 'everyday sexism'
Are we getting a mini heatwave in September?
Joe Swash helps 95-year-old woman and carries her to hospital
Adam Collard allegedly attacked on night out with Paige Thorne
Scarlett Moffatt slams 'disgusting' pap for sneaking into hotel to take photos of her
You may also like
1 week ago
Actress Anne Heche in coma following car crash
1 week ago
The cost-of-living crisis is having a disproportionate impact on women, charity warns
2 weeks ago
Government approves new standalone stalking offence Bill
2 weeks ago
Man involved in Lady Gaga dog-walker robbery jailed for 4 years
2 weeks ago
Archie Battersbee's life support treatment to end at 2pm tomorrow
2 weeks ago
Shakira could face 8 years in prison over tax fraud
Next Page