As Awards Season looms, many actresses have decided to use the red carpet to make a statement.

The Golden Globes are due to take place on January 7, and many of the nominees and presenters are expected to wear all black in protest.

As the wave of sexual harassment and assault allegations continues in Hollywood, many of our favourite A-listers are using their platform to show solidarity with the #MeToo movement.

It would be surprising if the cultural movement was not mentioned at all of the awards ceremonies next year, and actresses are hoping to continue to the conversation by wearing all black to the Golden Globes in January.

A fashion designer told me Meryl Streep is urging female attendees of the upcoming Golden Globes to wear black, as a way to show #MeToo solidarity. If that pans out, it will be a clever and powerful way to acknowledge the current Hollywood situation.

However, not everyone is praising the actresses that are expected to participate.

The news faced harsh criticism online, with many people suggesting they should boycott the awards to make a real statement.

They’d make a their message stronger if they didn’t show up at all. https://t.co/vKPf5CWcpa

Making a fashion statement is useless and vapid. Real change is needed... NOT this!

There was also harsh criticism from actress Rose McGowan – one of the most vocal accusers of Harvey Weinstein.

“Actresses, like Meryl Street, who happily worked for The Pig Monster, are wearing black to the Golden Globes in a silent protest.

“Your silence is THE problem. You’ll accept a fake award breathlessly and affect no real change.

“I despise your hypocrisy. Maybe you should all wear Marchesa.” 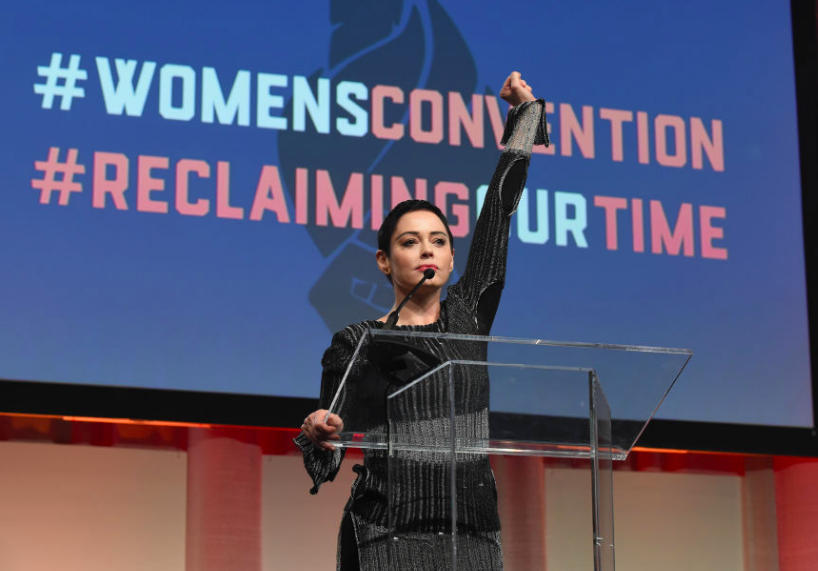 The actress finished by referencing the fashion label set up by Weinstein’s wife, Georgina Chapman.

This news comes after it was announced that all the presenters at this year's Screen Actors Guild Awards would be female, with many reiterating that any sign of solidarity should be welcomed.

The real problem with this tweet is that there is no need to go after someone specific with this issue. She could make the same point without naming any names, but instead goes after one of her own, once again. This isn’t what the #MeToo movement is about. https://t.co/TvFr7R0bVl

Following yesterday’s announcement that only women will be asked to present at the SAG Awards, it’s being reported that all actresses at the Golden Globes will wear black in solidarity and to protest harassment. https://t.co/CDcer5aRgG