Referendum checklist: Everything you need to know before heading to the polls

After months of intense canvassing and debates, tomorrow the nation will finally get the chance to vote on whether or not to repeal the Eighth Amendment of our Constitution.

And while many of you will have decided what way you’re going to vote tomorrow, there are some things to remind yourself of before you head to your polling station.

END_OF_DOCUMENT_TOKEN_TO_BE_REPLACED

Here’s everything you need to know before you go to cast your vote.

- Polling stations open at 7am and close at 10pm. That gives you 15 hours to cast your vote.

- Once you are in the doors of your polling station before 10pm, you’re legally allowed to vote but bear in mind that there can be a last-minute rush.

- You should have received your polling card already, but if not, you are still entitled to vote so long as your name is on the register. Just make sure to bring proof of your address.

- You will need to bring some form of ID with your picture on it. Ideally a passport or driving license.

- Make sure you’re not wearing any badges, t-shirts, jumpers or anything that might be considered to promote either a Yes or No vote into the polling station.

END_OF_DOCUMENT_TOKEN_TO_BE_REPLACED

- Do not take any pictures or selfies inside the polling station as it may spoil your vote.

- When casting your vote, make sure to mark either the Yes or the No box with an ‘X' and not a tick. Any other markings on your ballot will result in a spoiled vote. 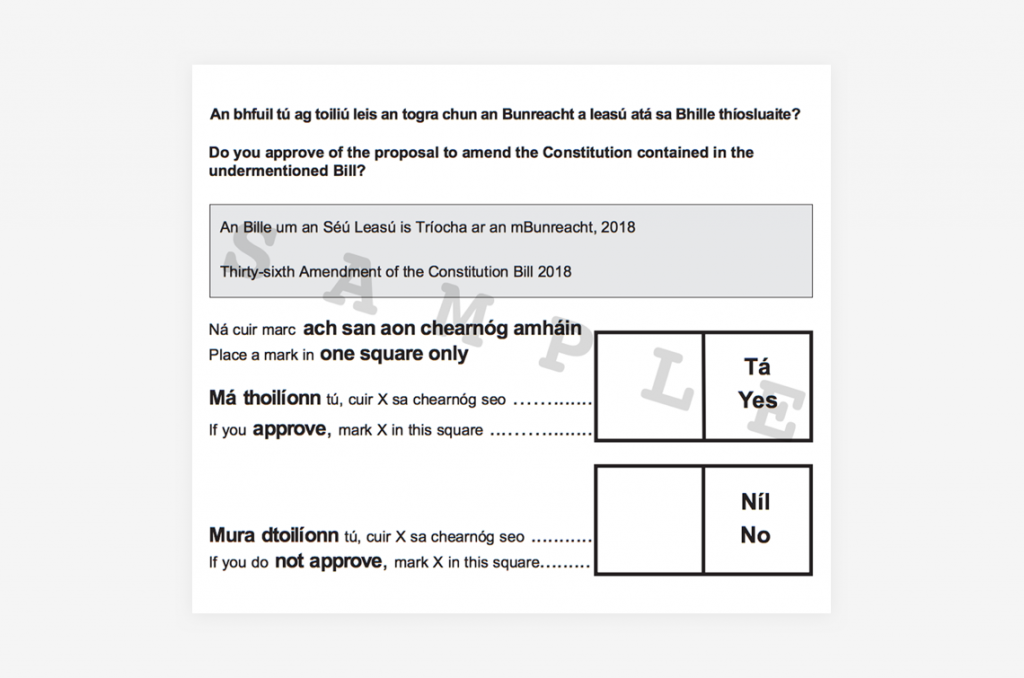 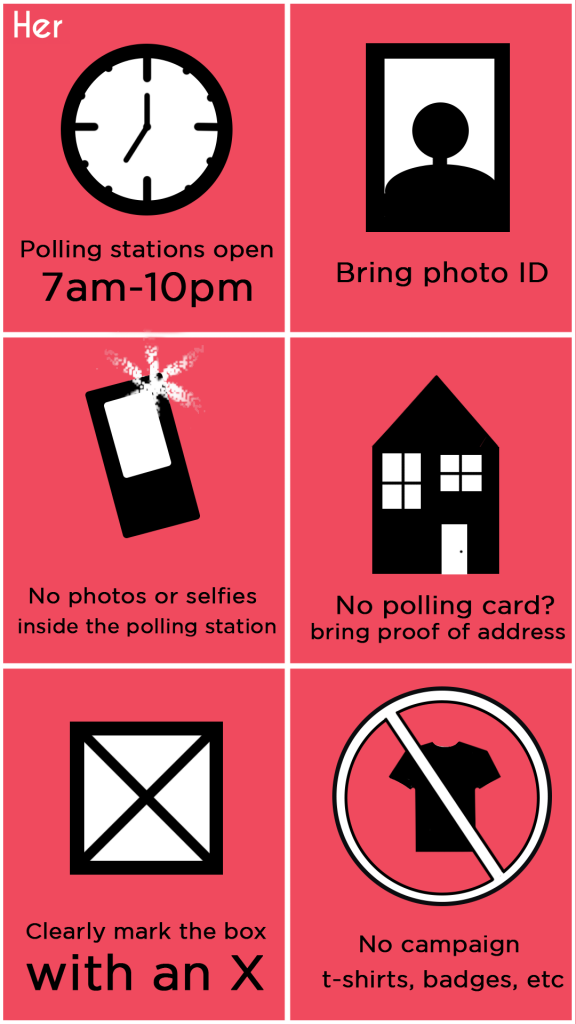 popular
Apparantly, there is one colour you should never wear at a job interview
Friends Star James Michael Tyler Files For Divorce
Late Late Show viewers are not happy with Ryan's questions for Billy Connolly
New study finds link between fizzy drinks and infertility
Friends actor James Michael Tyler has died, aged 59
10 items from Zara for the perfect autumn capsule wardrobe
9 of the best horror movies on Netflix this Halloween
You may also like
4 hours ago
Friends actor James Michael Tyler has died, aged 59
3 days ago
Investigation launched after news channel airs 13 seconds of porn during weather
4 days ago
Notebook and backpack belonging to missing Brian Laundrie found alongside human remains
4 days ago
Equality for Children campaigners achieve rights after 5 years
4 days ago
Police investigating viral video of child being 'forced' to have ears pierced in UK
4 days ago
Tesco is refunding 27,000 customers after overcharging them
Next Page