This Roscommon woman's compassionate views on Syrian refugees is heartwarming

She's been branded one of the 'best of Ireland'

The decision to provide Syrian refugees with a new home in the Roscommon town of Ballaghaderreen has widely been accepted in positive terms, however as stated before, there has been some issues of contention, the largest being the reported lack of consultation with the local TD's and community.

Last night, Prime Time addressed this issue as they gave the people of Ballaghaderreen the opportunity to express their views. 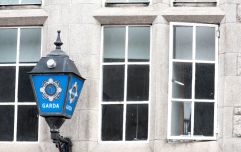 END_OF_DOCUMENT_TOKEN_TO_BE_REPLACED

In a heartwarming segment, the majority of people were more than happy to welcome the refugees and one woman's compassionate comments really registered with viewers around Ireland.

For more than 40 years, Mary Gallagher has run the clothes shop and haberdashery in the town, and she's being praised for her empathetic remarks on the issue.

"We were brought up to think that if somebody was needy — I’m not talking about someone who just come to work and they’re alright, they’re okay, they’ve money coming in every week. But it somebody is needy and they were driven out of their homes and you see a child being picked up in Aleppo out of the clay, how could you say no? You think of the people fleeing, drowning, all the different thing that happened these refugees and you have to sort of make the right decision", she said.

Here are Mary's comments in full along with the views from some of her new admirers.

After being moved by Mary's compassionate words, some people have even remarked that she represents "the best of Ireland."

I want to go & have a cup of tea with Mary Gallagher. What a wonderful woman. In fact, aren't the people of #Ballaghaderreen just brilliant? https://t.co/HFwPtzFAVf

Mrs Gallagher from Ballaghaderreen. The best of Ireland. #rtept

popular
Tasha Ghouri hits back at another islander who called her relationship fake
Baby found unattended in pram in Dublin, Gardaí reveal
Joanna Cooper heartbroken after her mum is diagnosed with dementia
Blake Lively cast in film adaption of It Ends With Us
Anne Hathaway shares disappointing news about The Princess Diaries 3
Love Island first look: The Hideaway is open tonight as Ron has something to tell Lana
Gwen Stefani reportedly pregnant with baby number four
You may also like
5 years ago
Galway to play host to a very special fundraising event for Syria's homeless
6 years ago
Please watch this video and take time to raise awareness of the ongoing atrocities in Syria
6 years ago
Syrian woman reunites with her younger brother and sister at Dublin Airport
6 years ago
BBC newsreader breaks down in tears as Syrian baby hauled from bomb rubble
6 years ago
This little boy wrote to Obama offering his home and family to young Syrian bomb victim
6 years ago
Trump campaign resorts to using racist meme to scare people about Syrian refugees
Next Page