Rural Ireland, thank you and we're sorry for not believing in you

Is it fair to say that not all but certainly more than a few of us on the Yes side are feeling a little sheepish this morning?

As ballot boxes open and the first tallies roll in from around Ireland, it's becoming clear that the exit polls were right and that Ireland wants the 8th Amendment repealed.

More than that, it's clear that they were right in that rural Ireland wants the 8th repealed - a result that if we're honest, many of us were unsure of. 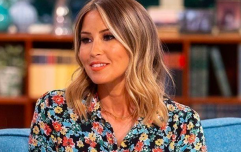 END_OF_DOCUMENT_TOKEN_TO_BE_REPLACED

Many of us city-dwellers were guilty of doubting that voters outside of the main cities and towns would support Yes.

We though we were on our own. We thought we'd have to do the heavy lifting. We thought at the very least that somewhere would pull a Roscommon and say No.

How happily, gloriously wrong we were.

END_OF_DOCUMENT_TOKEN_TO_BE_REPLACED

But everywhere else said Yes too.

Sixty per cent of rural voters polled voted Yes to 40 per cent No. Sixty-six per cent of Munster said Yes and so did 59 per cent of those in Connaught and Ulster.

Similarly, RTÉ's exit poll showed a relatively small divide. Urban areas voted Yes by 72.3 per cent while rural voters did by 63.3 per cent.

At the referendum count in Laois this morning rough tally from a rural part of the county. More coverage on @LaoisNews throughout the day. #8thref pic.twitter.com/k6FkIz8l70

Yes, young people went home to vote in our droves, from the cities and universities of Dublin, Cork, Limerick, Galway and from much further afield, but that alone doesn't account for those huge numbers.

Many of us, myself included, felt there was a different atmosphere outside of the urban centres - there were a lot fewer badges and jumpers being worn down the country and a lot more reticence on the topic.

I know I worried that I'd been in a bubble and that we had taken a Yes vote for granted.

But it's clear that repeal is what people living in rural Ireland want.

Even adamant No voter Michael Healy-Rae, the media's favourite 'voice of rural Ireland' (whether rural Ireland likes it or not) was unusually measured this morning, knowing he couldn't argue, as he often does, that people outside of Dublin wanted something different.

"We live in a democracy," he told RTÉ as he reacted to the polls suggesting a landslide nationwide Yes.

"People voted the way they did, now it's over to the legislators. We'll have to see what they bring forward, but the people have spoken."

As we celebrate a Yes result today, we should think of the people living outside our cities and big towns who refused to fulfil the expectation that certainly the No side and many on the Yes side had.

popular
Irish girls name was the most used Irish name in the United States last year
Here's who Yvonne Connolly wants Jack Keating to couple up with
10 stunning and affordable outfits that are perfect for a summer wedding
Airport outfits are all the rage as we head abroad - here are the 4 best ones
Yes, Ronan Keating's son is entering the Love Island villa
Love Island's Gemma finally tells villa about dad Michael Owen on TV
Rachel Stevens has split from her husband just weeks before their 13th anniversary
You may also like
2 days ago
Ian Bailey says he will "fully cooperate" with Sophie Toscan du Plantier cold case review
3 days ago
MP says he doesn't agree women should have "absolute right to bodily autonomy"
4 days ago
New €360 million plan announced to tackle gender-based violence in Ireland
6 days ago
Buying fake designer goods abroad this summer can have some serious consequences
6 days ago
Charlie Bird releases photo book to commemorate the Climb With Charlie fundraiser
1 week ago
Oslo Pride events cancelled after two killed in Norway shooting
Next Page