They will not be allowed to take part in the 2020 Olympics.

The World Anti-Doping Agency (WADA) has banned Russia from all major sporting events for the next four years.

The decision came at a meeting of WADA's Executive Committee in Lausanne, Switzerland.

"The full list of recommendations have been unanimously accepted," a spokesperson for WADA said.

Along with this ban, Russian government officials are also barred from attending such sporting events. 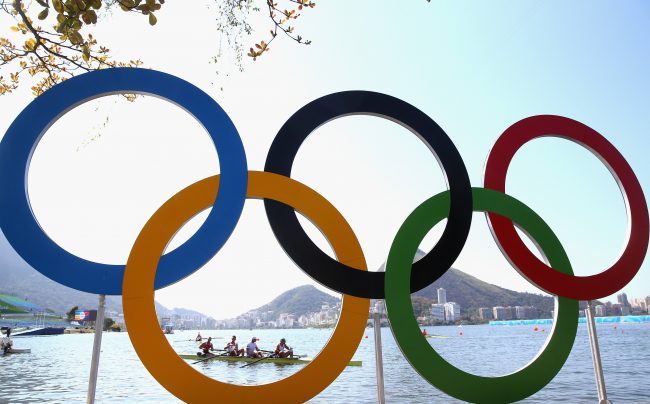 Russia will also not be eligible to host or even bid to host major events during the same time period.

Interestingly, Russian athletes who can prove to WADA's satisfaction that they are clean and were not part of what it believes was a state-sponsored system of doping will still be allowed to compete under a neutral flag.

Russia now has 21 days to appeal the decision. If it chooses to do so, the case will be referred to the Court of Arbitration for Sport (CAS).

popular
Dublin Airport in "shambles" after weekend of chaos
Why Are Men so Obsessed With Boobs? The Answer is Pretty Surprising...
Irish actor Donal Courtney dies aged 52
How to INSTANTLY unblock your stuffy nose (we swear this works)
3 simple but effective ways to prep your skin for the summer
Gwen Stefani reportedly pregnant with baby number four
Coleen Rooney shares "suspicious" DM she received from Rebekah Vardy before Wagatha Christie
You may also like
2 weeks ago
Selling Sunset fans question Emma's olympic swimming claims
2 months ago
Ellen Keane and Kellie Harrington are set to be Grand Marshalls for Paddy's Day Parade
2 months ago
The problems with women's Olympic figure skating go much deeper than doping
3 months ago
Meet the 6 athletes representing Ireland at the Winter Olympics
5 months ago
"I can't forget where I come from" Kellie Harrington on never letting success change her
6 months ago
What's next for Irish modern pentathlete Natalya Coyle?
Next Page