His grief-stricken family, friends and co-stars have flooded social media over the past few days with posts dedicated to the beloved across, with his dear friend Sarah Jessica Parker only breaking her social media silence last night with a heartfelt and sorrow-filled tribute.

END_OF_DOCUMENT_TOKEN_TO_BE_REPLACED

"It's been unbearable.
Sometimes silence is a statement.
Of the gravity. The anguish. The magnitude of the loss of a 30 + year friendship. A real friendship that allowed for secrets, adventure, a shared professional family, truth, concerts, road trips, meals, late-night phone calls, a mutual devotion to parenthood and all the heartaches and joy that accompany, triumphs, disappointments, fear, rage and years spent on sets (most especially Carrie's apartment) and laughing late into the night as both Stanford and Carrie and Willie and SJ.
Willie. I will miss everything about you. And replay our last moments together. I will re-read every text from your final days and put to pen our last calls.
Your absence is a crater that I will fill with blessing of these memories and all the ones that are still in recesses yet to surface.
My love and deepest sympathies and condolences to you dear Nathen. You were and are the light of Willie's life and his greatest achievement was being your Papa.
These were his last words to me. "Great bangles all around." Yes.
Godspeed Willie Garson.
RIP.
X,
SJ​" 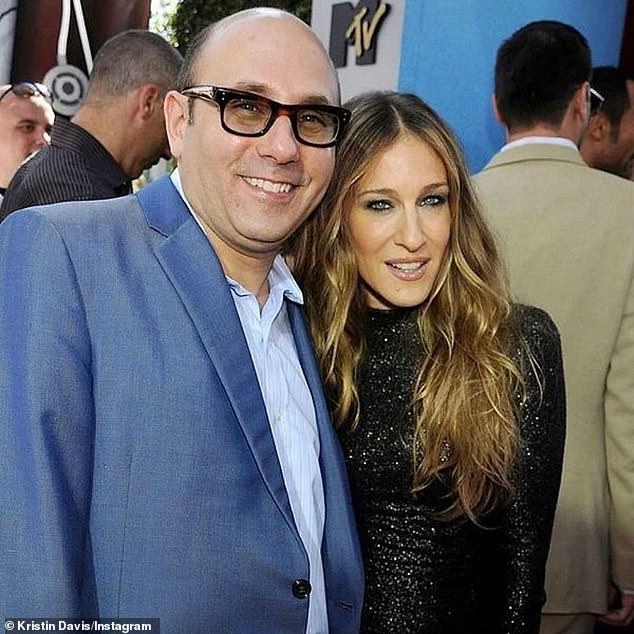 Despite his illness, Garson had been busy filming the HBO Max SATC reboot 'And Just Like That...' in New York City this summer. And, as a source close to the show told Daily Mail, while the script for season one is 'set in stone' and Garson's part had been largely filmed in July, executives and writers on the show are already considering how to handle his death in the as-yet-confirmed season two.

According to the same source, Sarah Jessica Parker has already requested that the entire season one of  'And Just Like That...' is dedicated to Garson, who played SJP's gay best friend Stanford Blatch, on all seasons of SATC, as well as the two spin-off movies. The dedication will run in the credits after the show.

END_OF_DOCUMENT_TOKEN_TO_BE_REPLACED

'The loss of Willie is devastating for the entire production," the source told the Daily Mail.

"Everyone wants to pay tribute to Willie, because not only was he a pro, but also a kind, caring and fun loving part of the show and films. However, any suggestion of altering the plots at this late stage is simply not on the table. The show's script and production schedule are locked in as are the episode structures." 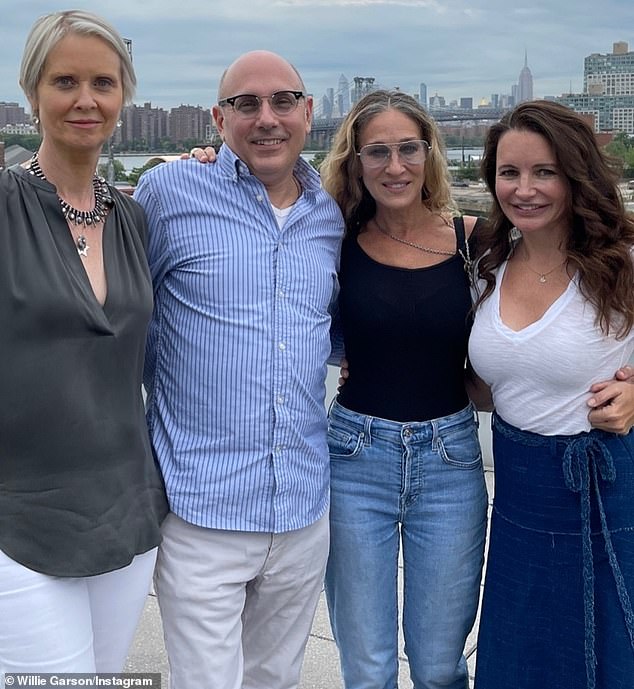 About a possible season two of the yet-to-air show, the source says:

END_OF_DOCUMENT_TOKEN_TO_BE_REPLACED

"Obviously with this loss being so raw at the moment, it will be a while before anyone addresses exactly how a plotline would reflect this. Certainly, there will be many voices in the room looking to discuss a fitting way to deal with this passing."

The source added that Mario Cantone, who plays Garson’s on-screen husband Anthony Marentino, as well as Darren Starr, Parker and Kristen Davis will be ‘part of planning what happens with the writers.'

"One thing is for sure: the series will be dedicated to his memory," the entertainment insider said.

popular
Wagatha Christie: Rebekah Vardy storms out of court just 30 minutes into final day
Claire Byrne Live viewers in shock as woman shares family DNA secret
Only a matter of time before monkeypox spreads to Ireland, says expert
Everything we know so far about Kourtney and Travis's Italian wedding
Surprise! Ed Sheeran announces he and wife Cherry have welcomed baby #2
Irish artist Sean Atmos and H&M are bringing fashion and art together in Dublin
Why Are Men so Obsessed With Boobs? The Answer is Pretty Surprising...
You may also like
2 days ago
Gardaí investigating alleged assault on teenage girl in Sutton
3 days ago
Passengers warned that Dublin Airport situation is simply "unpredictable"
3 days ago
Lesbian couple attacked in Dublin thank public for support
4 days ago
Conservative MP arrested for rape and sexual assault released on bail
1 week ago
Gardaí appeal for witnesses following serious assault on man in Tallaght
1 week ago
A couple in India has sued their son for over €600,000 for not giving them a grandchild
Next Page