Teachers could strike over the changed vaccine schedules.

There could be further disruption for schools over the coming months after teachers' unions are set to discuss potential industrial action over the vaccine rollout plans.

The Irish Times reports that all three unions look set to consider emergency motions at their annual conferences today, Tuesday, in a bid to move teachers up the vaccine priority list. 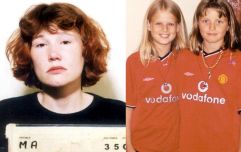 END_OF_DOCUMENT_TOKEN_TO_BE_REPLACED

Under the current plan, teachers do not receive priority on the government's vaccine rollout schedule and are set to receive their vaccine along with the rest of the population.

This change came after teachers were originally scheduled to receive the vaccine after frontline heath care workers. The new system is nw based on age, rather than profession.

Unions have said that any strike action will not affect the reopening of schools after Easter break. Rather, they would likely be planned for later on this year, potentially disrupting primary school's current academic year or the next academic year at secondary level.

According to reports, the Irish National Teachers’Organisation (INTO) is looking at potential strike action in May or June of this year, while secondary school teachers’ unions are considering September. 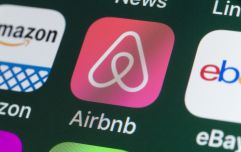 Airbnb is making its ban on parties permanent

END_OF_DOCUMENT_TOKEN_TO_BE_REPLACED

A government spokesperson said yesterday that the current vaccine system is “based on medical advice to protect the most medically vulnerable in society."

“The evidence has shown age is by far the biggest factor in serious illness, hospitalisation and mortality due to Covid-19,” they said. “Many essential workers have played an important part since the start of the pandemic.

"The National Immunisation Advisory Committee has explained the rationale to various stakeholders, and based on the medical advice this is the safest and swiftest way to roll the vaccine programme out.”

Minster for Education Norma Foley is set to meet with unions today.

popular
Irish girls name was the most used Irish name in the United States last year
Love Island: Danica sets her sights on Andrew as Luca asks Jacques about his relationship with Gemma
ER and Ray Donovan actress Mary Mara dies after drowning incident
"It is no small thing:" Sharon Stone shares she experienced pregnancy loss nine times
Dublin Airport not ruling out a "flight cap" amid chaos
Love Island fans think Luca is after Gemma because of her dad
Vicky Phelan "holding her own" as she shares health update
You may also like
5 days ago
Brian Laundrie's parents could stand trial as civil lawsuit begins
5 days ago
Primark is trialling online orders for the first time ever
5 days ago
Met Éireann issues thunderstorm warning for 11 counties
5 days ago
7-year-old Irish girl dies after incident in Spanish hotel pool
6 days ago
Ukrainian students pose for graduation photos among school ruins
6 days ago
7-year-old Irish girl in critical condition after being rescued from hotel pool in Spain
Next Page