Senator calls for flavoured vapes to be banned in Ireland

The restriction hopes to "prevent children and young people from taking up the habit."

Fine Gael Senator Dr James Reilly has said that Ireland should consider banning flavoured vapes in an effort to help prevent children and young people from taking up the habit.

Speaking with the official Fine Gael website, Senator Reilly, a bye-election candidate in Dublin Fingal, has said: “Research into the effects of vaping is still very much ongoing but there does appear to be significant risks linked to vaping. While the science is still evolving, it is clear to me that we should not be making vaping an attractive prospect, particularly for children and young people.

“A large cohort of the available range of vape flavours are designed to attract children and young people including candy, bubblegum and similar flavours marketed with catchy names and bright colours. Ireland is set to ban menthol cigarettes next year and it makes sense that flavoured vapes would also be banned for the very same reason."

In the US, the states of Michigan and New York have banned the sale of flavoured vapes.

Earlier this month, the President of the University of Limerick urged the Department of Education to ban vaping across all Irish educational institutions. 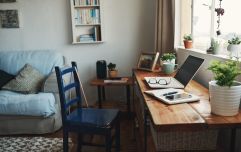 END_OF_DOCUMENT_TOKEN_TO_BE_REPLACED

Dr Fitzgerald argued: "We can see by the introduction of flavoured vaping products and other marketing initiatives that big business is now aggressively pushing this product to young people in particular and we should waste no time in mounting a robust challenge to these forces and that begins with a ban

UL banned vaping and smoking on campus in 2018.  It is currently the only campus in the country to have instigated such a move.

Last month, the Minister for Health brought forward new legislation to ban the sale of tobacco products from self-service vending machines and 'locations, or events' that are intended for children.

The sale of e-cigarettes and tobacco products to people under the age of 18 were also prohibited under the proposed new legislation.

popular
Selling Sunset's Chrishell Stause reveals "the brokerage has split"
Eight Of The Best Films And Documentaries On 9/11
Kate Middleton has addressed the rumours that she's pregnant with her fourth child
The Queen has banned Meghan Markle from wearing any of Princess Diana's jewellery
There's a Friends makeup collection coming, featuring Phoebe, Monica, and Rachel palettes
4 new additions to Netflix to spend your weekend watching
Someone has ranked the penis size of men from all over the world
You may also like
2 days ago
'Diarrhoea' and 'anxiety' among top health-related searches in Ireland during Covid
3 days ago
Burnout: 5 practical ways to deal when you're (still) working from home
4 days ago
WATCH: Paul Rudd tells us all why we should, obviously, wear a mask
1 week ago
"We were told to prepare ourselves:" Co Clare mother recalls Sepsis diagnosis in 12-year-old daughter
1 week ago
Signs of Suicide: 10 signs to look out for if someone is considering taking their own life
1 week ago
Amy Schumer reveals Lyme Disease diagnosis
Next Page